Letter to the Editor: An open letter to Paul Toole, Minister for Local Government 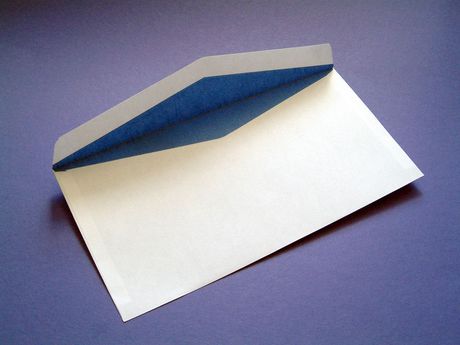 My name is Peter Glass. I am one of Australia’s most experienced landscape architects and swimming pool designers. My expertise in this area is well recognised in the industry, such that I am frequently called upon to prepare Expert Reports for the District and Supreme Courts, many of which relate to child drownings, brain damage and other avoidable accidents.

In May 2013 the NSW State Government made an unauthorised change to the legal building code, known as the Building Code of Australia (BCA), with regard to pool fencing and barriers. Not only did this change contradict the newly-revised Australian Standard for Pool Barriers (officially titled AS 1926.1 2012 Swimming Pool Safety — Part 1: Safety barriers for swimming pools) and make NSW the only place in the world (not just in Australia) where this dangerous and ill-considered law applies, but it compromised Australia’s stringent pool barrier laws by making existing compliant (with the Australian Standard) pool barriers much easier for children to climb and much more likely to be the cause of a tragic accident.

For over three years now I have been trying to obtain honest answers from the NSW Government as to why they changed the law, however they are either unable or unwilling to provide such. Whilst I am representing myself in this battle with the NSW Government over children’s safety, I am also representing the Australian Institute of Landscape Architects and the Australian Institute of Architects, plus the interests of thousands of Private Certifiers, Pool Barrier Certifiers, Consulting Planners, Consulting Engineers, Pool Builders, Landscape Designers and other building professionals — in addition to numerous pool-owning members of the public.

Mr Paul Toole, the NSW Minister for Local Government, has repeatedly avoided responding honestly and accurately to the multiple submissions sent to him by the industry and by concerned individuals such as myself on this matter. In fact, recently Minister Toole failed to satisfactorily answer specific questions asked of him in NSW Parliament by a concerned parliamentarian, namely Mr Peter Primrose, the Shadow Minister for Local Government. Whilst I would have thought that this behaviour would have been seen as contempt of Parliament, I now understand that Minister Toole’s failure to satisfactorily reply to the questions asked of him in the NSW Parliament can only be seen as contempt of (for) the people of NSW.

The Office of Local Government, and Minister Toole since his appointment, have expended a huge amount of time and resources in a major cover-up in relation to pool barrier laws and children’s safety, all paid for by the ratepayers of NSW. What is however the most shameful part of this action by the NSW Government is that the Government pretended that the reason for the change was to enhance child safety when the reality is that the Government’s actions actually compromise child safety. Child safety should not be used as a political tool, Mr Toole.

Child safety is not something that should be compromised, Minister Toole, nor should it be used to cover some hidden political agenda. An Expert Opinion prepared by Mr Bret Walker SC (one of Australia’s leading Barristers) and Ms Faye Ashworth JC, a copy of which has been provided to Minister Toole, states that “It is quite clear that child safety is not .... enhanced and indeed may even be lessened by” the change to the BCA and “For those reasons, the Government’s asserted policy justification for the NSW Barrier Variation is undermined”.

In a further disgraceful act Minister Toole has recently, in a desperate attempt to pretend that the pool barrier law wasn’t actually changed (when in fact everyone in the NSW pool design, construction and compliance industry knows that it was), determined that around 20,000 or so existing, previously approved ‘infinity’ or ‘glass-edge’ pools in NSW are now illegal — and none of the affected pool owners have even been advised of this.

How could these pools have been previously approved by your own Government up until May 2013, Minister Toole, yet now you’re saying that they weren’t actually approved (despite them having been ‘approved’) and that the pools are therefore non-compliant and illegal. In doing the above, it would appear that Minister Toole has exposed the State of NSW to a class action — which Minister Toole would be aware won’t actually cost him a cent.

In addition Minister Toole, why haven’t you had the courage to inform these 20,000 or so pool owners of the alleged illegal status of their pools, which is also surely a negligent act on your part if you truly believed these pools to be to be dangerous. The aforementioned Expert Opinion states that “The consequence of the Government’s current position ... would be that the previous grants of development approval and/or certification of (such pools) .... were erroneous (and potentially negligent) because, according to the Government, they were non-compliant and therefore illegal”. In other words, why did the NSW State Government approve the construction of what it considered to be non-compliant and illegal swimming pools?

Minister Toole, what are you covering up and why are you compromising the safety of children around swimming pools in NSW? In addition Minister Toole, no one seems to have been able to locate a copy of the instrument (document) by which the NSW Barrier Variation was effected. Why is this so? Do you have a copy? Does one even exist?

Minister Toole, we demand that you end this three year cover-up by the NSW Government and tell the people of NSW the truth about why the Building Code of Australia was changed in a manner that has compromised child safety, resulted in around 20,000 or so existing approved pools suddenly becoming illegal, and made worldwide-accepted safe practices in pool design ‘illegal’ in NSW.

Minister Toole, the people of NSW require honesty and transparency from our politicians. We don’t like ‘hidden agendas’, ‘sanitised’ records and information that can’t even be retrieved under the GIPA (Freedom of Information) Act. We cannot accept unacceptable behaviour, nor should we, and you shouldn’t ‘play’ with children’s safety, Minister Toole — it’s too important!

Minister Toole, we require you to immediately repeal the NSW Coalition Government’s underhand, dishonest and dangerous change to the 2013 Building Code of Australia that endangers our children and has resulted in 20,000 or so existing, previously-approved swimming pools suddenly being declared non-compliant and illegal.

Peter Glass has started a petition on change.org to demand that Minister Toole answer the above questions and repeal the changes. To sign the petition, click here.