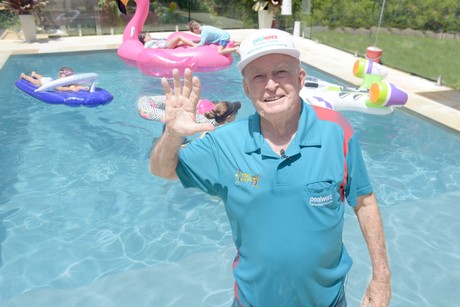 Despite widespread publicity and community warnings about drowning, more than 50 Aussies have lost their lives to drowning incidents over the summer period.

As Aussies get ready to celebrate Australia Day, pool safety experts are calling on party organisers to nominate a ‘Responsible Pool Person’ to watch over swimmers in backyard pools.

John O’Brien, founder and CEO of Poolwerx, said 12% of drowning deaths this summer have occurred in backyard or public pools, and that nominating a designated adult to supervise swimmers is one of the safest ways to avert tragedy.

“Kids, in particular, can get themselves into trouble very quickly in pools and, with so much going on at parties, it’s not good enough to just expect that someone will be keeping an eye on swimmers — you need to have formally nominated a responsible adult,” he said.

Water safety advocate and Kids Alive – Do the Five founder Laurie Lawrence said recent research into private pool drowning deaths in children under five showed that supervision was completely absent in 64% of drowning deaths, while a further 6% of children were left to be supervised by siblings or other children.1

It is absolutely vital that kids are supervised at all times, including at parties. It is important that those supervising know how to perform CPR in the case of an emergency, as a child is four times more likely to survive if given CPR.

Poolwerx suggests nominating a Responsible Pool Person for parties to ensure safety is a priority and that someone is dedicated to supervision and not distracted. The company is supplying specially marked hats to help clearly identify the designated adult and these are available free of charge in store for a limited time.

O’Brien said pool owners should also be regularly checking access points to pools, including pool fences, gates, latches and areas where a child could gain access to the pool area via furniture or objects that had been left sitting near or against the pool fence or gate.

“Research1 shows that in the majority of cases, children under five who drowned in backyard pools gained access to the pool via a faulty fence or gate, a lack of a pool fence or because the gate had been propped open,” he said.

“This is an absolute tragedy when you realise that so many drowning deaths are preventable if pool owners simply check their pool surrounds on a regular basis and make sure kids are supervised.”

Joint winners for Victorian Landscape of the Year

A tiny inner-city courtyard and a complex civil works project shared the stage at the recent 2018...

$40K worth of spas under the hammer in live charity auction

Spa Select will host a charity auction at this year's SPASA Pool & Spa Expo in Melbourne...

The challenges of working in a lab