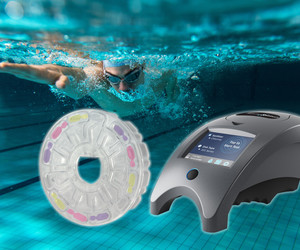 LaMotte has released the 3-Test Disc for its WaterLink Spin pool and spa water testing system, which gives results within 60 s. The disc cuts this time in half.

With three tests per disc, the same unit can be used three times, compared to the single use of the original discs, significantly reducing the cost per test. Specifically designed for use in public pools, the disc includes the company’s patented centrifugal fluidics.

The disc covers only three test parameters, compared to the original disc which covered up to 11. The tests provide results that cover most public pool needs: Free Chlorine, Total Chlorine (Bromine) and pH.

The disc is suitable for use with the most recent version of the company’s photometer-based testing, the WaterLink Spin Touch. The system can be used anywhere in the field or in-store, without the need for a computer or mobile device. All the user has to do is fill a reagent disc, place it in the meter, tap ‘start’ and all tests are done automatically via the touchscreen.

A built-in lithium-ion battery means there’s no need for a power connection, meaning tests are unaffected by power or computer outages. The disc has no incomplete blanks as the syringe fills in all blanks. In addition, there are fewer underfills, and users can easily see when enough water has been injected.

(Note that combined chlorine is computed by the WaterLink Spin Touch.)

I am interested in 3-Test Disc for Lamotte WaterLink Spin Touch . 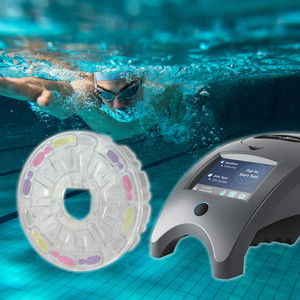 DNA can be recovered from drug capsules