Top end of town: how a pool tech grew a business by being more expensive 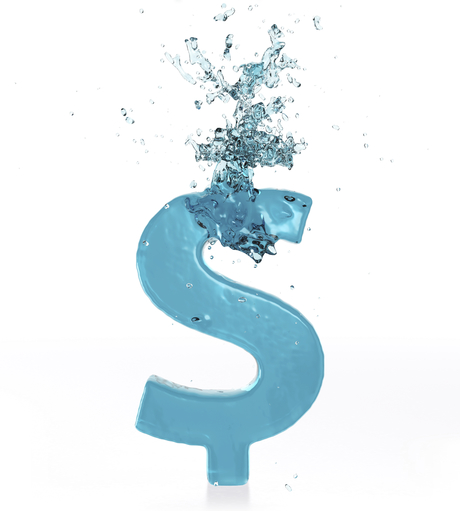 In a world where price wars are common and clients are rarely prepared to pay the full retail price for anything, it’s difficult for the little guy to get ahead. While the majority of consumers base their purchasing decisions almost exclusively on price, there is a sector of the market for whom money is no object — but they expect the best. By targeting clients at the top end of town, one pool tech turned a struggling service business into a success. He tells us how he made it happen.

Pool technician Scott Whitehead was having a run of bad luck. He’d been made redundant from his job as a pool tech for an independent pool shop and decided to try his luck working for himself. But for all his experience, he was struggling to get his business off the ground. After losing 10 quotes consecutively, he knew he needed to rethink the way he was doing things if his business was to succeed.

He quickly realised that competing on price with franchisees who had access to deep manufacturer discounts was a fast track to bankruptcy. But how could a small operator possibly compete with the big guys? He needed to identify a point of difference from his competition.

“I had a lot of my clients say to me how good the service was — and how much they appreciate courtesy and punctuality. My phone rings, I pick it up. If we’re having problems at your pool, I’m not going to run and hide; I’m going to jump on the front foot, and we’re going to discuss what we can do to make it better,” said Whitehead, who established SR Pools in 2011.

What came naturally to him — providing top-quality, friendly service — clearly didn’t come so easily to other technicians, he learnt. “The amount of customers that have said to me, ‘Our last guy never turned up when he said he was going to turn up, wouldn’t answer a phone call when I called him’, and so on,” he said.

Whitehead was working as a subcontractor to pay the bills, using his customer service skills to make another business look good, while his own business was struggling because he couldn’t beat his competitors on price. That’s when he had a light-bulb moment. For all his focus on price, he’d neglected to put a value on his interpersonal skills. It seemed that people saw value in a pool tech who did what they said they were going to do, and did it with a smile on their face.

“That then evolved into trying to make what I’m naturally good at as the main focal point of the business,” he said. And with that came the need to pinpoint his target market.

So he identified his ideal clients: successful, self-made business people who are too busy to maintain their pools themselves but are happy to pay to have peace of mind. And there are plenty of them out there.

“So if I’m more expensive than the next person, but I’m there when you need me, they’ll take me over someone else. And that’s the way I try to market myself to people: if you’ve got a problem, I’ll be there. You’re not going to be left in the lurch. If I can’t fix it, you’ll be put in touch with the right people to fix it.”

This kind of client places a high value on their leisure time — they work so hard for it that they’re not willing to risk jeopardising it by engaging a substandard pool tech. They’re also used to having the best, and so-so customer service just won’t cut it. Paying above the industry average for a service tech who is good at what they do and is always available to troubleshoot is a no-brainer for this kind of person — they’re investing in their leisure time.

“Behind the extra cost, I always say to them, ‘You can call me whenever you need. If I can’t answer my phone, I’ll always return your call as soon as possible.’ And I’ll happily talk with them for 20 minutes. People seem to love that, because it’s so hard to get service if you’re out of business hours outside of Monday to Friday,” he said.

“My Saturday is the busiest day of my week. People like to see you. Saying ‘I’ll work around your schedule’, rather than ‘These are my times — pick one’ is a different way of looking at it. I’m putting myself out to do it, but it seems to be appreciated.”

Traditional advertising hasn’t worked so well for Whitehead — but then again, he hasn’t really needed it.

“I got virtually nothing out of it — I got one job. Through word of mouth, I’ve picked up over 80 clients. And they’re all in the local area, because they’re all friends with each other,” he said.

“The other thing that I’ve found is that I get into a network of families. If you do one property, all of a sudden you’ve got seven more for the same family. That one owner might not own all the properties, but his brother lives there, his sister lives there, his aunt’s over there and his uncle’s here. They trust you, because if you do right by one, you do right by all.”

This is another example of the almighty dollar being trumped by service. A pool service company can throw buckets of money at a slick advertising campaign, but ultimately if the quality of service isn’t there, word will get around that they’re a company to avoid.

In fact, Whitehead says that, in the last 12 months, he’s gained new clients who’ve jumped ship from franchisee-run service companies because the service and communication wasn’t up to scratch. “It’s funny because I actually quoted what I thought was reasonably high prices — but it was actually cheaper than what they were paying previously,” he said.

Giving the pain before the aspirin

Part of Whitehead’s approach to good service is clear communication. He’s always honest with his clients, and upfront about costs.

“I try and nip something in the bud before it becomes a problem, and I normally prepare people. I try to say, ‘The equipment is ageing and might be on its last legs.’ So you prepare people that there might be a problem so it’s less of a shock and because you’ve prepared them, they’re expecting the bill and they’re happy to pay it,” he said.

“A lot of people’s mentality is, ‘My pool’s being serviced; it’s sweet.’ They assume that everything’s fine because they’re not hearing about it. The one thing that people hate is getting bailed up, especially when they don’t have time, by a pool tech saying, ‘Your pump’s leaking, your filter needs replacing…’ And they just see a dollar figure and say, ‘Three grand? You haven’t told me anything for three years!’”

While the scale of Whitehead’s business means he can’t access the same sort of manufacturer discounts that his larger competitors can, he tends to target the higher-end equipment anyhow — since his clients expect the best, they generally understand that this costs more.

More important than the ability to balance pool chemicals is the ability to read clients and understand how best to communicate with them. A pool technician will encounter a diversity of personality types and backgrounds in the course of a day — and unless they know how to tailor their approach to each of these individuals, even the most skilled technician could struggle to convince a client to opt for the more expensive, but better quality, equipment.

“I have some trades that I use. If someone has a problem, like gasfitting, plumbing, electrical, I recommend my guys. I play middleman a bit. I charge nothing for that service. And some people say that’s a really dumb business move,” he said.

“Everyone says, ‘If you’re sacrificing your time to make calls and play the middle man, it’s 20% minimum.’ But I disagree. Because first of all, all of that money has to go through my books, my tax goes up, my turnover goes up — but my profit doesn’t really go up because I’m only making 20%. So from that side of things it’s not really worth it.

“And as soon as your customers cotton on to the fact that you’re not this nice bloke trying to help, it damages your reputation and they’re less likely to use you.”

Recommending other tradies whose work he respects also bolsters his reputation: if they do a good job, guess who it reflects well on?

While he does have his eye on the prize in terms of growing his business, his ethics do occasionally get in the way of profits.

“I do have a few elderly clients that I do cheaper work for. There’s a lot of times I’ll do extra and not charge labour and things like that. I’ll even take their bins out for them — just little things like that,” he said.

“I shouldn’t do this, but sometimes I do take business out of the equation. I do sometimes let the personal side come in a little bit,” he said.

“You can teach pools. Pools are easy to teach. Dealing with clients — you can’t teach that. You’re either a natural at it, or you’re not,” he said. 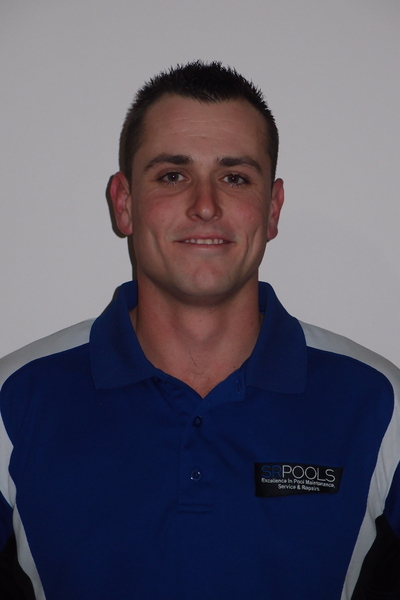