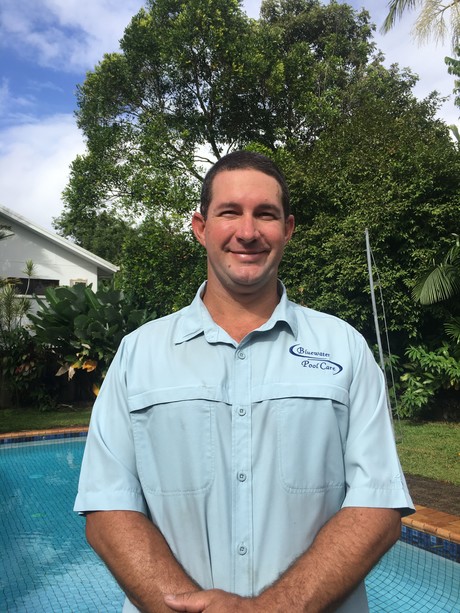 With so many pool techs around the country, it takes someone very special to be awarded the SPASA Australia Service Technician of the Year. Pool+Spa spoke to Andrew Patterson, who took out the 2017 honours, about what makes him different.

A strong focus on customer service is one of the many things that sets Patterson apart from his peers. While plenty of pool techs have good technical knowledge, many of them forget that they’re in a customer-facing role.

“You’ve got very different personalities in the pool industry. Most people that are working out by themselves all day and doing that technical sort of work don’t particularly like to deal with people, so they’d rather be in that hands-on side,” he said.

Trying to find staff that have a good balance of technical skill and personality has been a challenge, Patterson says, as has finding long-term staff.

“A lot of people will go into it, but they don’t realise how much knowledge is involved. They think it’s just running around and cleaning a few pools, having a bit of a swim. When they actually start the role they realise it’s not what most people think it is. The basic pool cleaning is fairly basic, but when there’s problems, when you have to diagnose faults and that kind of thing, that’s where it gets quite technical,” he said.

Attaining this level of technical knowledge, he says, is something the industry can promote, in order to demonstrate the long-term viability of a career in the pool and spa industry.

“Just because you’re starting on the tools doesn’t mean you have to be on the tools your entire life. It’s an industry where in 10 or 15 years down the track you can be the service manager of a company, or even have your own business,” he said.

One thing that’s refreshing about Patterson is that he doesn’t think he knows it all: he’s humble enough to ask for help when navigating an issue he hasn’t encountered before.

His motto? “If you’re not sure about something, make a phone call. Don’t be scared to pick up the phone and ask somebody who does know.”

“I’ve learnt many lessons over the years. Basically, get in and have a go with most things, but also know your limitations. Don’t do work you don’t know or understand. If you’re not sure of something, see if you can go and do it with someone else, or bring someone in who actually knows how to do it properly,” he said.

“As far as training goes, work for the best company you can so you can get the best training possible. The more you learn and know, obviously the better it’s going to be. But don’t be afraid to ask people for help.”

This is particularly important in the pool industry, he says, where a service tech might only encounter a particular issue once every few years. This is where knowledge sharing is vital to diagnosing and rectifying the issue — even if it means approaching your competitors for advice.

“If it’s something completely different or the usual things aren’t working, you have to ask around to see if anyone else has had the same issues, and what they’ve done to solve them. If you don’t do that, you’re just going to be fighting against yourself and basically reinventing the wheel,” he said.

Challenging cases like these are the ones he finds most rewarding, he says.

“That’s the really enjoyable part: people who have had long-term problems and they’re throwing their hands up in the air, ready to fill the pool in, and you give them a solution, and it works, and they’re over the moon about it, they can use their pool again — that’s the rewarding part.”