Loyalty, service and persistence: the making of a Pool Tech of the Year 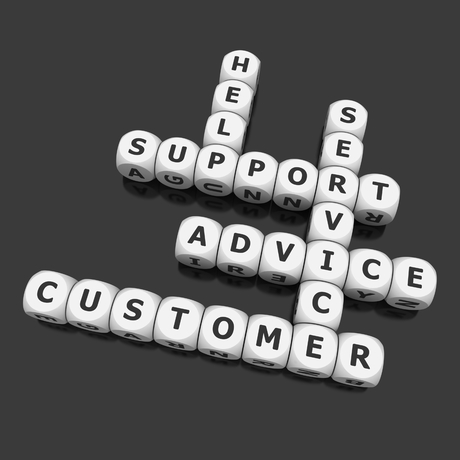 2015 Pool Tech of the Year Adam Camilleri’s customer service background has been a surprising strength in his role as a pool tech with Pristine Pool and Spa Service. The tech whizz talked to Pool+Spa about his customer service ethos and how he got to where he is today.

Adam Camilleri is no ordinary pool tech. The three-time SPASA NSW/ACT Pool Technician of the Year (not to mention the 2015 National Pool Tech of the Year and 2016 bronze winner) doesn’t spend his days scooping leaves and testing water. Instead, Camilleri works at the frontline of technology, repairing and servicing control systems, automated dosing systems, heaters and the like.

Leaving school at 16, Camilleri found his niche in a Bunnings customer service role. However, the pay was dismal, so he picked up a few additional days’ work with a family friend, Peter Davis, who at the time was a Poolwerx franchisee.

After taking a sales role with a power tool company that later went into liquidation, Camilleri was then offered a full-time job with Davis at Pristine. No longer a franchisee, Davis had changed his business to focus on repair and maintenance work on technologies that, at the time, many in the industry were wary of.

“When we first started out, people didn’t want to touch the Rolachems. They thought they were devil spawn — they hated them. And that was mainly because they just didn’t understand them,” Camilleri said.

Davis trained Camilleri up, including imparting his extensive knowledge of Rolachems. (Davis is regarded as something of a Rolachem guru.) From there, Camilleri branched out into control systems. To do that, he taught himself how these devices worked — from scratch.

“I got an old one off a job that was broken and I took it back right the way down to its bare skeleton and rebuilt it and figured out how it worked, what each part did, what made it tick, what didn’t work, how they could connect together. So I am basically self-taught. And everything I did was basically trial and error. There were a lot of errors though, unfortunately,” he laughed.

“That’s how I picked it all up. Some stages were extremely hard. I had it down pat within probably two years. We really had no training [in control system repair] and everything that we did was us going to site and basically trying to problem solve it from the ground up and not walking away until it was 100% fixed.”

Camilleri attributes the success of Pristine and his own success to two things: loyalty and customer service. A substantial amount of Pristine’s business comes from other pool techs, but Camilleri says they’re not out to poach customers.

“I suppose the number one thing for us — for me personally and for the company — is that we’re very loyal. Because we do work for other people, we never steal work. If we’re on a job for another customer and they ask us to do something, we’ll always refer back to the pool guy. That’s something that Peter has been very strict on,” he said.

“Customer service is very, very high on the list for us. We get a lot of repeat work from it, because we have a good relationship with our customers and we’re very professional.”

“It’s pretty surprising the amount of people who believe they’re there to do a job – to get in and get out. It takes five minutes extra to introduce yourself and give a brief description of what you’re there for. We’ll always tell them what to expect, and it’s just the polite thing, so you don’t just walk up and give them a huge bill. It’s very important to lay that groundwork before you even walk in, because you’re judged from the moment you walk up to that door to the moment you leave — and that determines whether you’re coming back or not.

“I’m very lucky because my first job was in retail, so I learnt a lot of dealing with customers and interacting with different people. My second job in sales also helped me out with selling. So with the two [jobs] as well as the knowledge that I have now, the three parts coming together, it’s made my role here a lot easier.”

Camilleri says all his customer service skills and on-the-job learning would amount to nothing if not for the mentorship of his boss, Peter Davis.

“Peter has helped me to get so far along the way, and without him I wouldn’t be where I am today. Even to this day he’s a fantastic boss. He was the reason I was nominated for those awards.

“He has more confidence in me than I do in myself. He is always pushing me to go further. And we work great as a team. Every day is a pleasure. I don’t think there’s many bosses out there who would’ve done what he’s done for me.”

Camilleri offers this advice to pool techs new to the business: “Don’t ever walk away from something and say you can’t fix it. I would be persevering as far as you can. Learn every day. Listen to what people tell you. And don’t be scared by technology — it’s going to keep changing.”