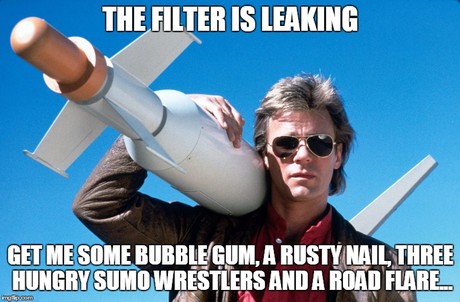 The swimming pool industry is full of interesting personalities and anyone who has worked in the trade can attest to this. The nature of swimming pool work, most especially in seasonal areas, tends to attract some unique characters — or so you might think.

After a quarter of a century in the pool industry I have met and worked with hundreds of different workers at dozens of different companies across the country, but I have discovered that people in this industry are not as unique as I thought. Time after time I have met new swimming pool workers at new swimming pool companies, but each time I encounter the same personality types I have seen many times before.

To prove my point, take a look at this list of common personalities you will encounter if you work in the pool industry: 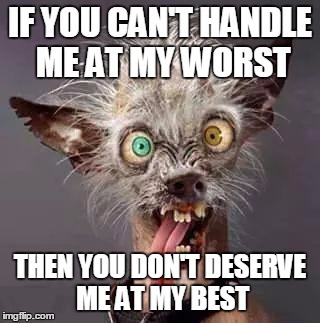 Every pool company has at least one ‘crazy guy’. The Lunatic will be easy to pick out due to their constant, unhinged behaviour. Having at least one fully crazed person is important for any successful crew since so much swimming pool work requires you to be crazy to do it.

Week-old bloated possum stuck in a skimmer basket? Crazy guy. Need someone to climb into an underground surge tank and stand in chest-deep water that has mice swimming in it? Crazy guy.

In addition to being an indispensable part of the crew, The Lunatic can also work effectively with any other personality... because nobody ever wants to get in a fight with the crazy guy. 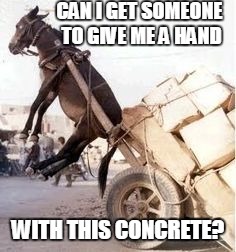 Nobody works as hard as a rented mule... and the hourly wage that The Mule makes is disproportionate to the amount of work that is shovelled on them. The Mule is usually pleasant, mild-mannered and not inclined to complain — which leads to almost everyone else in the company taking advantage of this and piling their work responsibilities on The Mule.

Usually The Mule will be a ‘lifer’ as they are unlikely to ever have enough time on their hands to write a resume and look for a better job. The Mule, at least on paper, is one of the most profitable employees in any given pool company. 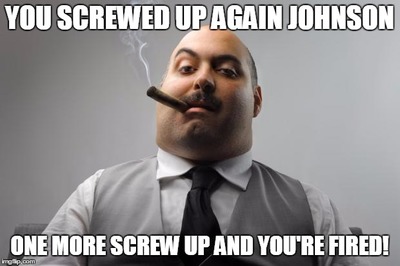 The Micromanager is found in almost every pool company and they will be easy to find — they tend to live up your a***. The Micromanager personality is the hardest of all to get along with due to them being skilled at manipulation, intimidation and appearing busy while accomplishing little to no actual work.

The Micromanager uses fear as a primary motivating tactic which, as it turns out, is highly effective. In addition to constantly overseeing your work, The Micromanager will also directly interfere with your productivity and constantly ask you to change the way you do things — even things that you already do as correctly and efficiently as possible. 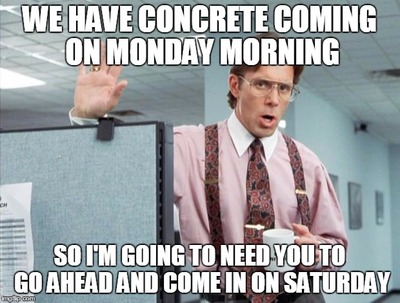 The Big Boss is usually second in command but likes it when people call them the boss. They have a casual air about them, probably because they have one of the easiest jobs within the company. The Micromanager reports directly to The Big Boss, and they both will be sure to speak with you about all of the things that you are doing wrong on a daily basis. Most employees will go out of their way to avoid The Big Boss on and off the company clock. Any encounter with The Big Boss on a Friday is likely to result in you being asked to come in to work on Saturday. 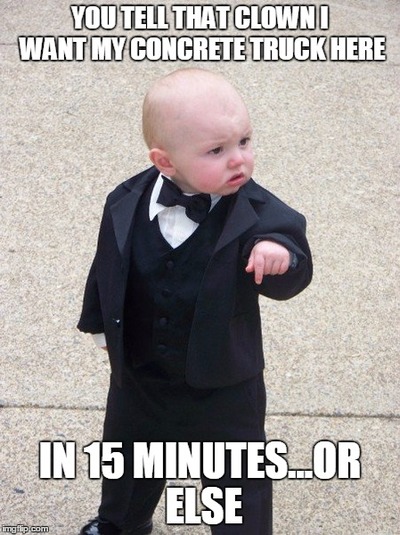 The Don is the one who really runs the show in a pool company. You can always tell when The Don is near since productivity suddenly increases and problems start solving themselves.

The Don does not actually spend much time working, instead spending their time driving cars that cost more than the entire annual payroll of the business. When speaking with The Don, be sure to address them as ‘Sir’ or ‘Ma’am’ and avoid upsetting them at all costs... if you know what’s good for you! 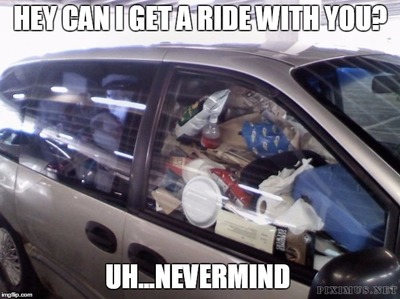 The Pack Rat is usually the last person to leave the site at the end of the day. Often this is because they do not want anyone to see them collecting copper wire scraps, aluminium cans, plywood cut-offs and decommissioned pool equipment.

The Pack Rat, when confronted, may claim that they are collecting these items to recycle them or trade them in for cash, but in most cases The Pack Rat just keeps the items they collect ‘for a rainy day’. If you ever need a hard-to-find part, piece, odd or end, then your first call should be to The Pack Rat who works in your pool company. They have one... if they can just remember where they put it! 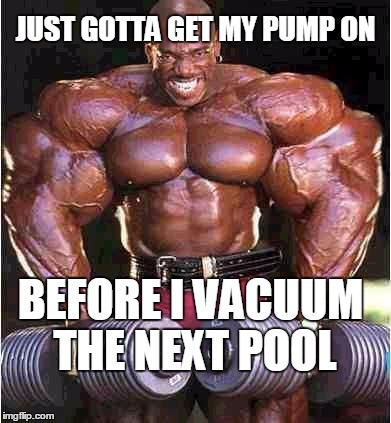 The Tank is hard to miss. The Tank in any pool company will be the person who needs to turn sideways to walk through a doorframe and will carry Tupperware containers filled with high-calorie, low-fat protein foods everywhere they go. The Tank is a huge asset to any pool company due to their ability to lift and move things far beyond what most humans could hope to budge. Just be sure to keep The Tank away from all mirrors and reflective surfaces or their productivity will take a nosedive. 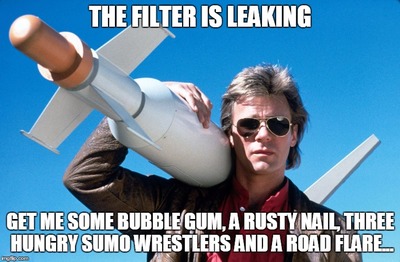 A pool company could not possibly exist without at least one MacGyver. MacGyver can fix anything with anything, and can do it while looking cool with a mullet. You will never encounter a problem that MacGyver cannot invent a solution to using only the items in their immediate vicinity.

Some people say that MacGyver should have gone on to work on much more important things than swimming pools, like being a doctor or the prime minister, since it is clearly going to take a MacGyver to fix the problems that we currently have. 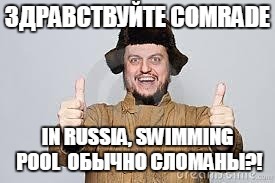 Every pool company has someone that everyone calls The Russian, even though they keep saying that they are actually from Poland, Czechoslovakia, Romania, Yugoslavia or Bulgaria; unfortunately for the most part nobody can understand what they are saying. Back in their home country they were an engineer, scientist or possibly a hit man of some kind, but now they run wheelbarrows of gravel all day (without complaint).

The Russian is reliable, hard-working and seldom interested in gossip in the workplace, preferring to keep to themselves and work productively without stopping for 12-hour stretches. Never, ever mess with The Russian. 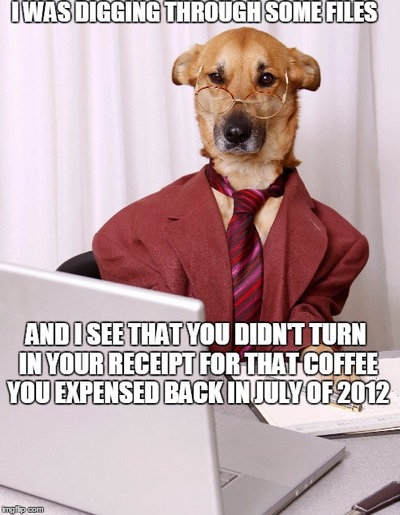 Someone needs to be accountable for all the money that goes in and comes out. The process of accounting for every cent of a pool business is an astoundingly difficult job, made vastly more difficult by the uncooperative nature of most pool workers when it comes to collecting and remitting receipts. The Bean Counter is unrelenting and accurate and they usually have a very organised desk. It is best to give The Bean Counter a wide berth in the weeks leading up to 30 June every year. 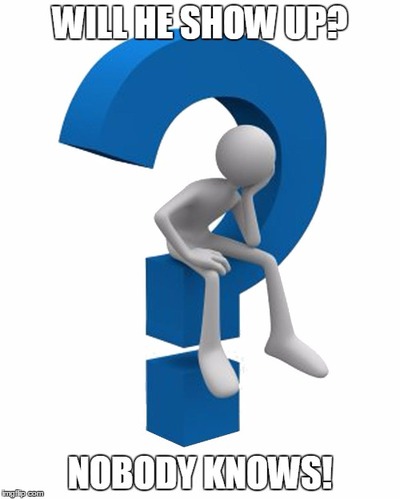 You will know who The No-Show is in your pool company, because they are the reason that you had to stay late busting your a*** doing someone else’s job. Any time there is an important day, like concrete or plaster day, you can count on The No-Show making themselves known. The No-Show is the worst person on the crew to get stuck working with as their flighty nature will leave you holding the bag more times than not. It is almost worth employing a No-Show just so that you get to hear the insane, hare-brained stories that they come up with the next day when they show up like nothing happened. 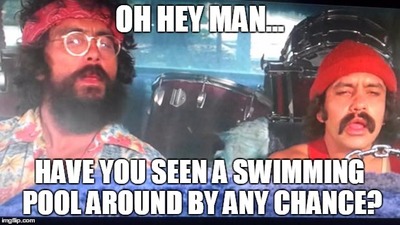 They have dreadlocks, all of their clothes are tie-dyed and you can never get them on the phone between 4.15 and 4.30 daily. The Horticulturist is very common within the swimming pool industry.

In more recent years The Horticulturist has cut off their dreadlocks (or they fell out) and has become much harder to detect within the workplace. The most telltale sign that you are employing a Horticulturist is their lack of maths skills but familiarity with fractions. 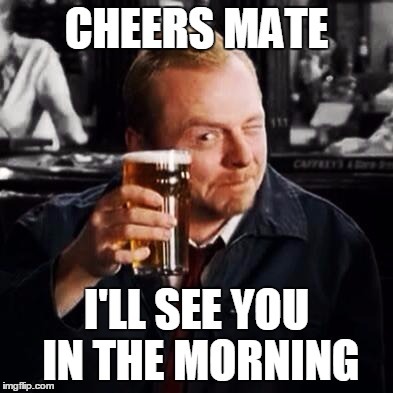 The Boozer is not a bad person... but when they drink, they do it with military-grade, no-holds-barred intent. If you are a company that pays their employees on a Thursday then you will likely never see The Boozer at work on a Friday. Or Saturday. Or Monday sometimes.

They probably don’t have a driver’s licence, nor do they want one, and they have probably been working with the company since its inception. Do not let The Boozer take other employees out drinking or you will be without a crew for a week! 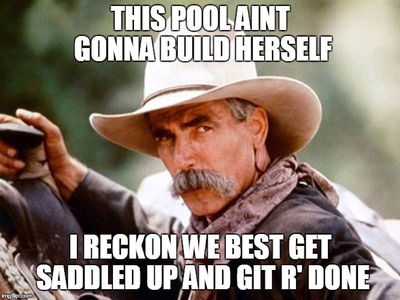 The Cowboy is rough, rugged and a manly man. They are the only employee of the pool company that drives a personal vehicle larger than their service truck. They pride themselves on being stoic and cool under pressure, and are an important go-to employee and natural leader in the field for less experienced technicians. The only downside to The Cowboy is that they request extensive periods of time off for ranching and rustling... whatever those things are. 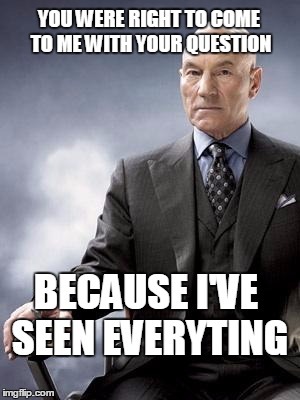 The Professor is the staff member that is the end of the line for difficult questions that nobody else can seem to answer. Wise, experienced and happy to teach inquisitive minds, The Professor is a critical element in every pool company. While The Professor hasn’t done field work since at least the late ’60s, they still have the ability to fix things that nobody else in the company has ever heard of before. Some say that they can even use their mind to talk to swimming pools... 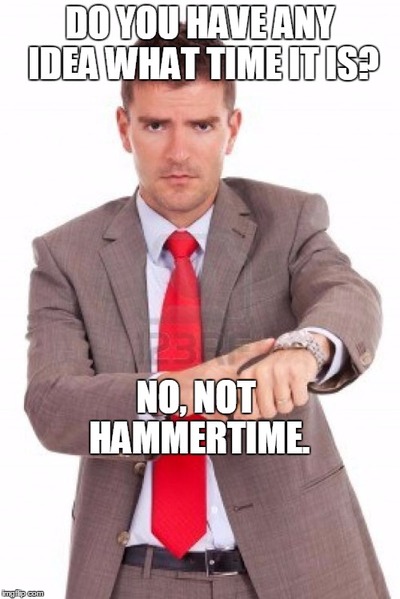 Always last to the party (and the jobsite) is The Latecomer. They are chronic in their inability to get up and out of the house on time and you can almost set your watch to how much they will push the envelope of how late they can be without getting fired on almost a daily basis. Usually The Latecomer has lots of skills and experience, which explains why they did not get fired the first 200 times they skated into work well after everyone else was out the door and servicing pools. Never count on a Latecomer for an early-morning concrete pour unless you like such pastimes as crying and finishing metres of concrete on your own. The only thing that a Latecomer is early for is picking up their paycheque. 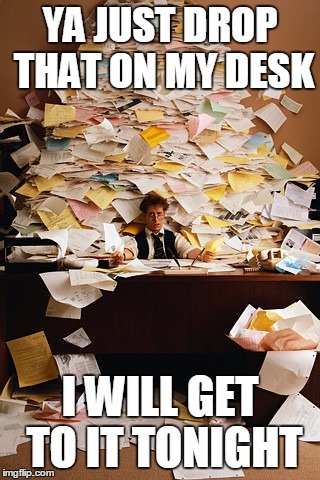 In every day at 4.45 am and the last person to leave at night (usually hours after everyone else has gone home), The Workaholic is the backbone of every swimming pool company. Without someone willing to work 20 hours per day, seven days per week, the company would cease to function and grind to a stop.

The Workaholic is your go-to person for every important thing you need, from career advice to Band-Aids. From technical problems to restocking the toilet paper, The Workaholic will take care of it for you. If you work with someone like this, cherish them, because they are clearly going to die early... and then everyone is screwed.

*Steve Goodale (Swimming Pool Steve) is a second-generation swimming pool and spa expert located in Ontario, Canada. Steve operates a large online resource website where you can learn in-depth information about pools and spas directly from an industry expert: www.SwimmingPoolSteve.com. 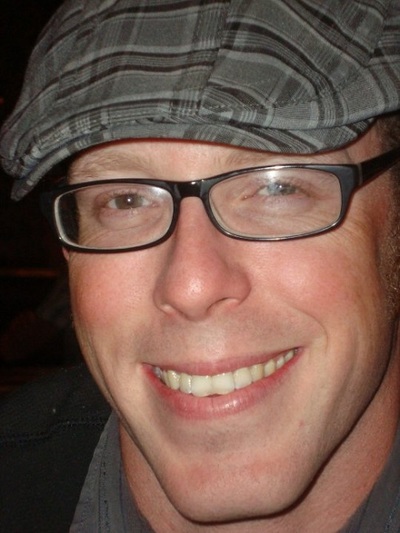