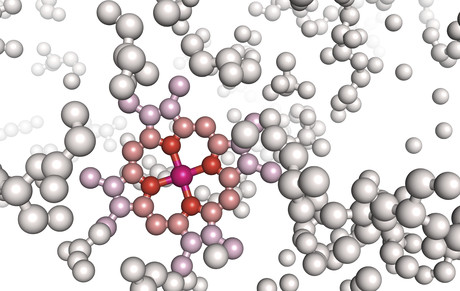 In this issue's chemistry lesson, David Watson gives us the low-down on carbon dioxide and pH correction.

There is a common school of thought that using carbon dioxide gas as pH correction will cause a reaction that increases total alkalinity over time. Some of the suggested fixes for this issue include using acid dosing. Back in 1996, I read as extensively as I could on the subject of carbon dioxide and water reactions and, as a result, thought I understood conventional thinking enough to develop a solution to this problem.

The theory I had was based on the content of carbon dioxide in a normal water body and that mimicking this would assist in both reducing consumption and correcting the escalating total alkalinity. While it did work to a degree, it still required a bulk acid treatment for the pool in order to correct the total alkalinity.

I now realise my thinking was wrong. Consider the following change in a pool chemical system: removal of acid and replacement with carbon dioxide increases total alkalinity. Because this phenomenon is not observed in water bodies using acids for pH correction, I assumed that the carbon dioxide was causing the issue. This is a basic error in logic. An understandable one perhaps, but an error nonetheless.

First things first: the pH level in all water bodies is corrected by carbon dioxide and this includes those utilising hydrochloric acid. The following equation illustrates this:

This formula shows the result of adding hydrochloric acid to sodium bicarbonate, which subsequently produces water, sodium chloride and carbon dioxide gas. The upward arrow indicates that the gas is being released. In our case, this means it is trying to leave the pool.

You’ve probably seen this yourself in the field. When you add acid to fibreglass or vinyl pools (where this is most often observed), you will probably note the presence of small bubbles clinging to the pool wall. These bubbles are carbon dioxide gas — the same as those found in a glass of beer or soft drink.

It’s worth stopping here to appreciate this concept as it is a cornerstone of pool chemistry, something we see every day and make our living from: acid destroys the buffer to create carbon dioxide to control pH.

It isn’t just pools — natural water bodies contain carbon dioxide as well, but they hold the CO2 at equilibrium with the atmosphere.

So, if we add NaCLO and water, we see the following outcome:

It might be time to do an experiment and this one is simple enough to conduct. You’ll need a bottle of distilled or de-ionised water, a small container, some household bleach and a way to measure pH.

Depending on the amount of water and the amount of bleach added, the pH level will rise significantly comparative to the amount added. From this we can accept that sodium hypochlorite increases pH. This is important because it’s contrary to common thinking that carbon dioxide is responsible for increased pH levels. What’s worse is that this is what we learn within the first year of working on a retail store floor in the pool industry: the pH.

So, if the chlorine increases the pH, why does it only happen when carbon dioxide is used to correct the pH? It’s because carbonic acid (the acid made with carbon dioxide gas) is not a very strong acid and it creates as much total alkalinity as it destroys, which means there is no excess hydrogen ion.

The above equation illustrates the first stage reaction. It shows a spare hydrogen molecule, but that molecule combines with the bicarbonate and works back to create carbon dioxide gas. This reduces the pH and attempts to gas off the water body again.

If we revisit the acid to bicarbonate equation:

This time we will replace the NaHCO3 (the sodium bicarbonate) with the hydroxide OH from the chlorine reaction, and it resolves as follows:

This equation suggests the hydroxide is neutralised by the acid and a spare hydrogen ion is left over (to combine with the bicarbonate ion and create carbon dioxide to suppress the pH).

I hope this helps give a clearer understanding of the chemistry involved in treatment of the water with carbon dioxide and a little insight into why conventional thinking may not always be correct.