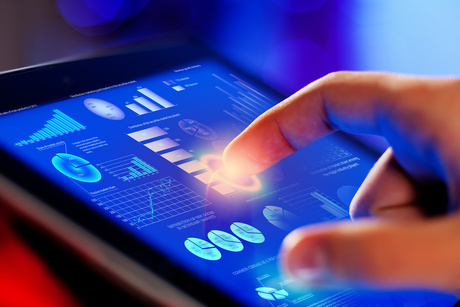 Automation is such a complex topic that if you were to ask five different people about it, you’d get five very different responses. So to give you a broader take on automation following our Industry Roundtable on the topic, we talked with some more experts to get their opinions on the matter.

Our experts are involved almost exclusively with pool automation and so are well placed to share their expertise. A qualified electrician, Rick Stephens from Pool Automation has carved out a niche for himself installing pool automation systems. Liz Hollingdale is the director of Pool Controls in Perth, a company that’s been in the pool automation space for more than 20 years. Terry Hunter is Pool Controls’ resident electrical engineer.

Justifying the cost of automation

There’s no denying that pool automation is expensive. To help your client overcome their initial reluctance to cough up the cash, it’s important to help them see the bigger picture: in the long run, pool automation will help them save money.

“I think people do expect a degree of automation with a new pool — and some pool owners have very high expectations! While it’s true that automation will add somewhat to the initial cost, a key selling point is that good automation will actually reduce ongoing running costs — which, in the long run, will add up to a lot more,” said Hollingdale.

“Savings can be made in both energy and chemical usage — and correct automation will ensure that a pool is safe to swim in as well as being beautiful to look at. The conversation should be about adding value over the lifetime of the pool rather than the initial cost.”

Sometime the industry can be its own worst enemy in terms of growing sales, particularly when it comes to automation, Stephens says.

“If we can convince them that their pool automation would probably save them some money in the long term… It’s hard to explain that to them because the pool service industry is so adept at making small problems look big and, therefore, expensive. So it’s a tricky situation.”

The future of automation

Automation for pools seems like a no-brainer: pools are designed for leisure, so anything that takes the work out of owning them makes sense. So what does the future hold for pool automation?

“Since 1990, the main automation change has been from electromechanical to digital — all about clocks! The reason for this change is simple — most (if not all) basic pool controllers use an embedded controller (microprocessor),” said Hunter.

“With a few buttons and a display, you can make a clock for a fraction of the cost of an electromechanical version, and it makes an enclosure for the controller easier and cheaper to make. The old-fashioned timer becomes more expensive to build into a device. Since 1990, the real cost of a controller — whether a salt unit or a chemical feeder — has reduced. But there are other forms of automation that add considerably to the cost of a pool.

“These are the upmarket controllers that run automated valves, multiple pumps, sanitation controllers, heaters, lights and remotes. Sometimes these devices connect to smartphones, allowing remote control over the internet. The cost and complexity of these systems makes them a harder sell — and impossible to decipher for those in the industry unable or unwilling to deal with digital timers.

“The current buzzword for automation is IoT — Internet of Things — which purports to be a network of sensors and controllers connected by software in the cloud. The sensors send information to the cloud and the software analyses this, makes decisions and tells the controllers what to do about it. It all sounds very good until you understand that you have to pay a monthly charge for the cloud service.”

Improvements in pool automation are likely to come about as a result of improvements to automation more generally, Stephens says.

“Pool automation is not going to drive the future. The quality of the motors, things like that, will control it. What happens is that both [Australian] pool automation products at the moment are made in America, so they’re made to work each other’s pumps. If you make a pump in Australia, you have to either give over some of your information to the Americans and interface into their pool automation, or you have to get into the market yourself,” he said.

“The American automation already interfaces with a lot of home automation. That’s probably what’s going to happen in the future, but home automation has its own set of problems. It’s awfully expensive to put in. I’ve never known a person who has it in one house want it in the next. If they sell the house with automation, the first thing they say is, ‘We don’t want that again.’

“But they make it better every year. It’s good for controlling blinds and things like that. I think there’s probably a step in automation coming which is verbal, where you’ll say what you want, or something along those lines. I think it will be automation generally that changes, not specifically pool automation or house automation — the way you use it will improve. They’ve got it covered on how to make it work; the nuts and bolts of it are fine, but it’s all about how you go to access it and how you make it do what you want it to.”

As with any new technology or product, there’s bound to be a certain level of resistance to change. This is true of automation in both the consumer and trade spheres. But why?

“The general attitude towards automation by pool owners is positive — although I think it’s fair to say that most new pool owners haven’t given the matter much thought prior to owning a pool. Automating the running of a pool can make it more efficient and safer — but responsible pool owners still have to keep an eye on things,” said Hollingdale.

“I think resistance to the idea of automation arises where expectations of a total ‘set and forget’ aren’t met — because those expectations aren’t realistic.

“In addition, the more sophisticated the automation, often the more time-consuming and complex it is to set up. Some people simply don’t have the patience and switch an automated system on to ‘manual’ — which does rather defeat the purpose.

“These attitudes flow over to sectors of the pool industry — particularly those involved in the service side of things. Sometimes technical automated systems are difficult to understand and it’s not always economical for automated systems to be repaired — and if you’re in that business, and it’s difficult for you to earn a living out of automated systems, that’s likely to give rise to a certain level of resistance.”

From Stephens’ point of view, the lack of support in the form of skilled installers means many pool builders put automation in the too-hard basket and don’t often offer it to their clients — which means that, in turn, fewer consumers know about automation, leading to fewer sales overall as awareness of the product is lacking.

Part of Stephens’ service is to ensure his clients feel comfortable using their automation systems and offering follow-up advice over the phone should they have any issues or questions.

“We certainly give them all the help we can. It makes sense for us, because we need them to go to their friends and say, ‘We got this pool automation and we think it’s fantastic and this guy did it’,” he said.

“In the pool industry, word of mouth seems to be everything, because there’s a lot of bad experiences out there. If you have a friend and they seem to have a good relationship with their pool builder, you’re likely to use them, because there’s plenty of people out there who’ll say they had a terrible experience getting their pool built. So I need to be in there to help all my pool builders sell more pools.

“It’s an industry that’s very much run on word of mouth. I’ve tried advertising and it’s not that successful. I’ve decided after a couple of years of trying different advertising that I’m better off talking face-to-face with the pool builder and trying to convince him and allay his fears about selling it. Because they’re the ones who meet the client — it’s up to them to sell it.”

“I think people should be a bit more positive about automation, and I think anybody that’s not positive about it has some sort of agenda. They either can’t sell it, or can’t install it, or can’t understand it — there’s a ‘can’t’ in there somewhere. And I think that if that was solved, there’d be a lot more of it,” said Stephens.

What has your experience been with automation systems? Love them or loathe them? Let us know! Email ps@westwick-farrow.com.au.