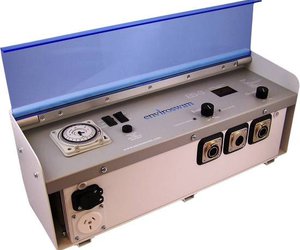 Enviroswim has modified its ES3 freshwater pool sanitisation system for the European market. The system simultaneously uses three processes: electronic oxidising, ionisation and ultrasonics. It is accredited to NSF Standard 50 in the USA.

The redesigned control unit is user friendly and easy to use. Seasonal adjustments are simple to make and do not involve the use of complex touchpad menus and the system doesn’t require handling or usage of chemicals such as chlorine.

All structural elements of the ECU are constructed of corrosion-resistant metal and the switchgear and connectors are good-quality UK, German and Swiss components.

According to the company, the adoption of digital amplifier technology for the ECU increases the efficiency from 75-80% to 95%. The output power from the ECU is true DC (steady continuous level current) and produces up to 40% more peak power than a traditional linear AC system.

The system also contains improvements in the output power rating of all ECU channels. For example, the ultrasound channel has a tenfold increase in output power capability.

The redesigned system has ‘plug and play’ installation and has been designed so that inadvertent errors by connecting the system incorrectly do not cause any damage, and the output from the three channels of the ECU are fully short-circuit protected to prevent damage due to installation errors.

I am interested in Enviroswim ES3 freshwater pool sanitisation system for Europe . 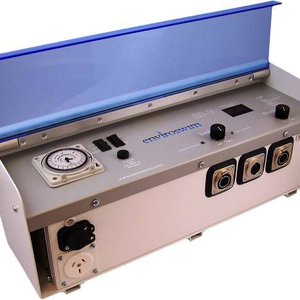