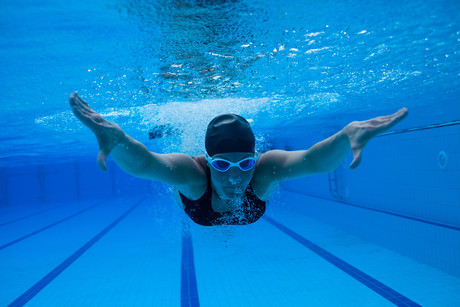 The Straits Times reported that Minister for Culture, Community and Youth Grace Fu said funding was being made available for public pools only at this stage and that a phased implementation was planned because the system was still being trialled. An overhead network of infrared cameras and illuminators enables early detection of possible drowning by separating the pool area into grids and using software to analyse real-time trajectories of swimmers.

More than 1400 tests were conducted under different weather conditions and ‘unusual’ drowning positions.

When deciding whether to install the technology, SS relied on statistics compiled over 30 years. The data showed that 41 drowning incidents resulted in 39 deaths and two near-drownings between 1989 and 2017. Two-thirds of these occurred in public competition pools and 25 of the 39 deaths were people aged over 40.

Delphine Fong, Sports Safety Director at SS, said that drowning swimmers are often unable to signal distress. According to Fong, passive drowning victims lapse into unconsciousness and sink to the bottom of the pool, whereas active drowning victims tend to use their arms to try and keep their head above water. The technology overcomes the visibility issues associated with passive incidents, as well as other hindering factors like a lack of visual clarity caused by blind spots or from sun glare.

Following an investigation by the Queensland Building and Construction Commission, a...