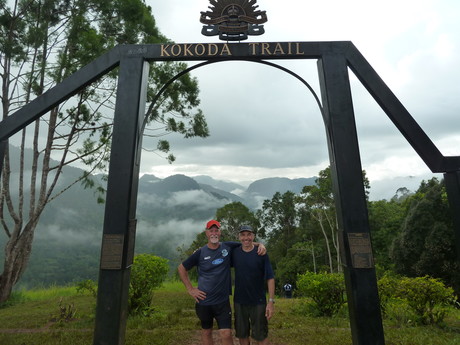 The pair were prompted to act after hearing recent reports of the physical and psychological injuries suffered by our present-day armed forces.

They will complete the 192 km return journey from Owens Corner (near Port Moresby) to Kokoda and immediately back again from 11 to 24 April, arriving in Port Moresby in time to attend the Anzac Day service at the Australian war cemetery, where more than 3500 Australians are buried, to pay their respects.

The trip will be guided by the descendants of the original Fuzzy Wuzzies, with group leaders from ProSport Health and Fitness and No Roads Adventures. Sharpe and Cooke will complete the trek with a small number of other Australians.

Hayward is aiming to raise between $10,000 and $20,000 for the national not-for-profit charity Soldier On, which provides veterans and their families with mental health support, education and employment support, and reintegration support services to help them overcome any impacts of their service and build successful futures.