Under the pump: report shows price is main driver for pump purchases 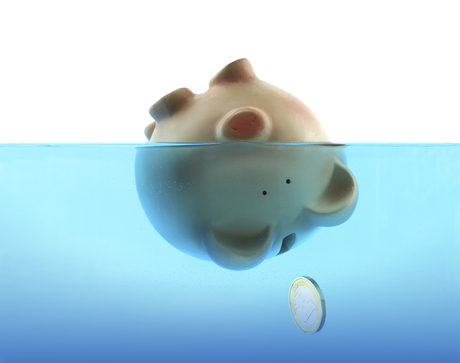 It’s official: price is the main driver for consumer behaviour when it comes to pool pumps. This was the conclusion of a market research report commissioned by the Australian Government looking at consumer awareness around pool pump energy usage.

The key findings are:

Despite the digital world we live in, consumers generally sought information about pumps from actual humans, going to pool techs or pool shops for advice when they needed to buy a new pump. Only 10% actually purchased online, and 5% at a large retail store, compared to 58% from a specialist pool shop and 19% through a service tech.

However, the industry respondents felt that internet sales were increasing, and that the internet was often used to source a price as a benchmark before seeking in-person advice. The research supported this: 39% of respondents said they researched pumps on the internet before purchasing.

The overall feeling from industry participants was that pool owners generally are not particularly knowledgeable — nor engaged — when it comes to pumps. There was also the sense that consumers lacked a desire to increase their knowledge — in short, they knew they didn’t know much about pumps, but were happy to seek out expert advice when they needed to make a purchase.

While this is good news for the pool industry, it also means that it’s vital that those who are selling pumps are disseminating the correct, most up-to-date information.

The report found that while retailers and suppliers felt they were adequately informed about the products they were selling, the bulk of their information came directly from manufacturers.

Opinion on variable-speed pumps was mixed, with some industry respondents dismissing claims that these pumps are more efficient and cost-effective than their single-speed counterparts. Those in the anti-variable-speed camp believed that the pump would need to run longer at lower speeds to generate the required water turnover, thus negating the cost savings of running the pump at low speed.

Others were happy to fly the variable-speed pump flag, always recommending them over single-speed pumps.

Some took the middle path, believing that variable-speed pumps can deliver cost savings, but that manufacturers’ claims about cost savings were overstated.

In terms of pump energy efficiency, consumers seemed to know that energy efficiency is important, but weren’t quite sure where they stood: 24% of respondents didn’t know how much energy their pump used and 28% didn’t know what tariff they were on. Despite this, 59% claimed they were concerned by how much electricity their pumps used. Most respondents said they didn’t know which type of pump would be most efficient or effective for their situation.

The existing voluntary labelling program was thought to have little impact on customer decision-making, according to the industry representatives. Rebates in Queensland were thought to have a big impact when they were in place, but interest in energy-efficient pumps didn’t continue once the rebates ceased.

Opinions on a mandatory system were mixed, with some believing that it would help them educate customers. Others, however, felt it had no value and would lead to them needing to explain to customers why they don’t recommend some high-star-rated pumps.

While the main conclusion drawn was that consumers are focused on the bottom line and aren’t particularly engaged in the pump-buying process, the report also yielded some interesting insights, such as:

The full report is available from www.energyrating.gov.au/document/report-pool-pump-market-research-2016.

As part of a broader energy efficiency program, the Department of the Environment and Energy is preparing a consultation Regulation Impact Statement (RIS) to investigate options for energy and cost savings with pool pumps.

The RIS will be released for public discussion in the coming months. The Department of the Environment and Energy will be holding public meetings around the country to discuss the proposals and is interested in having the industry’s input into building a more energy-efficient industry. If you would like more information, email the pool pumps team at: poolpumps@industry.gov.au.