Selling variable speed pumps: how to close the deal 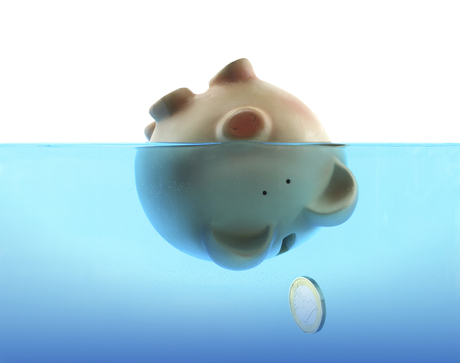 Touted by some as the best thing to happen to the pool pump market, variable speed pumps are often misunderstood — and their high price tag puts many prospective buyers off. So, how can you convince your client to cough up the extra for a variable speed pump? You have to know your stuff, for starters.

The pump isn’t exactly the sexiest piece of pool equipment, and it can be overlooked in favour of the more interesting components like automation or robotic cleaners. But money talks — and this is the best way to convince your client that the extra upfront cost will save them in the long run.

“There is in some segments of the market a disbelief in the value of variable speed pumps, and it always amazes me why a builder or a shop won’t offer a variable speed pump because the payback on the price difference between the single speed and the variable speed is so short,” said Peter Wallace, managing director of Astral Pool Australia.

“Say you’ve got to buy a variable speed pump for $1400 or $1000. That might sound like a lot of money, but you’re going to spend $600 or $800 on a standard single speed pump. So the price difference is [around] $500. The payback on that is probably only six months. Why anyone would not at least offer that to a pool buyer or a person who’s looking for a replacement pump is beyond me.”

How does he arrive at this figure?

Over the lifespan of a pump, that adds up to savings of $5000-$8000, says Wallace. “I can’t understand why anyone wouldn’t at least give their customer the opportunity to make that saving.”

Pools are rarely one-size-fits-all, and that’s where variable speed pumps come into their own: they can be tweaked so they suit each set-up perfectly.

“The variable in any swimming pool is the hydraulics. No pool is exactly the same. So with a variable speed pump, you can tune it to the pipework underground,” said Kerry Hoare, director of Joy Pool Systems. While he now manufactures chlorinators, Hoare has been in the industry since 1986 and spent many years running pool shops offering service to domestic clients, so he’s seen plenty of pumps in action.

“When it comes to the saving, I don’t think you’re going to save the amount that you [Wallace] are saying, but you definitely are going to save something. And even if you are saving $200 a year, let’s say the payback’s over two years and the life of the pump should be 10 years, so you are going to save money there,” he said.

“I think it’s more they should be sold on how good they are — not so much the money saving. That’s how I look at it.”

David Daft, Zodiac Group’s business development manager for NSW, sat on the fence, saying that both parties made good points.

“If you have a simple pool that’s just for filtration purposes and you’re looking at the star ratings, the eight star ratings, and at that top of 120 L/min, then you’re going to see the savings that Peter mentioned,” he said.

“But what Kerry’s saying is, you have your equipment that needs more flow in some cases, so it’s not really always a perfect scenario where you can run your pump at 120, 160 L/min and satisfy all of the other appliances on the pool. And the majority of the situations, vacuuming, backwashing, you need to increase the flow rates. You tailor a pump to suit a situation.”

Knowing how to do the maths to explain the savings correctly to your client is vital, Daft says.

“It’s about education: it’s knowing your sums; it’s knowing your kilowatts; how many kilowatts you’re being charged per hour. As Peter said, the national average is around 29 to 30 cents per kilowatt hour. If you work that out on average between six [hours], you want to turn your pool over twice. And when you calculate it, you’re [spending] $1000 with a single speed motor.”

Another benefit of variable speed pumps is the impact they have on other pool equipment.

Not only that, but the filtration system can run more effectively.

How to sell a variable speed pump

While you may be very well aware of the benefits and features of a variable speed pump, your client may not. So what do you need to tell your client to convince them that the extra expense is worth it?

Wallace breaks it down:

“Number one, you’ve got to explain the physics behind saving energy, [then] people start to get why it’s saving energy. Two, you’ve got to explain the ancillary benefits of variable speed: it’s quieter, there’s lower pressures in the system, you’re not going to annoy your neighbours with the noise of the pump, everything lasts longer. Also, due to the lower velocity of the water speed through the filter, you get much better filtration resulting in much better water quality. And three, you’ve got to demonstrate to the builder and retailer — and the consumer — and prove to them that they’re going to save more money,” he said.

“When you buy a pool, you’re going to incur a cost of operating it. And with a single speed pump and a chlorinator, just a basic pool, that cost is going to be something like $1000 a year. Or you can go to a variable speed pump and that cost will come down to $150, plus maybe a couple of hundred dollars for the chlorinator — $300 a year. That’s approximately a $700-a-year saving!

Our Roundtable participants were unanimous on one point in particular: pool builders who don’t offer the option of variable speed will lose sales to those who do.

“A consumer is going to get several quotes for [their] pool. And [they’re] then going to go and research. You only need one of those people quoting on the swimming pool to recommend a variable speed pump and the consumer to research it and say, ‘Yep, I believe that. These other people haven’t quoted that, so [the others are] not giving me the best advice’,” said Wallace.

“The builder not offering a variable speed pump will lose sales. He will lose pool sales because his competitors are offering it. It happened very quickly. We went from zero [variable speed] pumps in 2007 to 60-70% of all filter pumps now [being] variable speed because one builder starts and the other has to keep up to be competitive in the market.”

Despite the evidence, there are still pool builders out there who simply won’t engage with variable speed pumps. But why? Is it the cost? Probably. Is it a lack of understanding? It shouldn’t be.

“I have one builder who will not sell variable speeds,” said Mal Jensen, Continental Water’s Queensland pool division sales manager.

“He doesn’t believe it works. You can show him all the data… I’ve sat there with him and worked it out. We’ve got the calculator — you can put all your data in: put your kilowatts in; put your running times on medium, high, low, hours that you run it. And it will give you exactly what it costs to run it. You run it exactly that way, that’s what it’s going to cost you per year.

“He’s a lower- to medium-end builder and basically [if] there’s $300 or $400 on the pump, he thinks he’s going to lose. I don’t know if he doesn’t want to understand, or he doesn’t believe it. He says he doesn’t think they actually work. [But] they’ve been around for a while now; I think they’ve proven themselves.”

How to get retail staff selling more variable speed pumps

While pool builders wanting to be competitive will need to suggest variable speed pumps, it’s in the retail space that this opportunity is most often missed.

“If a consumer walks into a retailer and says ‘How much can I get a 1 hp pump for? Mine’s broken down’, what’s the easiest thing for a staff member [to do]?” asked Wallace.

And herein lies the problem.

“People get lazy. It’s a little bit harder and it takes more time to sell a $1200 pump. And that’s the easiest thing to do: ‘Oh, if you’ve got a 1 hp on there, I can put another 1 hp on there for 600 bucks.’ It takes a little bit more time, effort and understanding to explain why you would spend another $500 now to save $800 a year,” said Wallace.

“The consumer will never argue. There’s so many great letters from consumers saying, ‘[Buying a variable speed pump was the] best thing I’ve ever done.’ No consumer’s ever disappointed about their variable speed pump. They love it.”

“I reckon variable speed pumps are one of the best things that’ve ever happened to this industry,” said Hoare.

What’s your experience been with variable speed pumps? Are they all they’re cracked up to be? Let us know! Email ps@westwick-farrow.com.au.