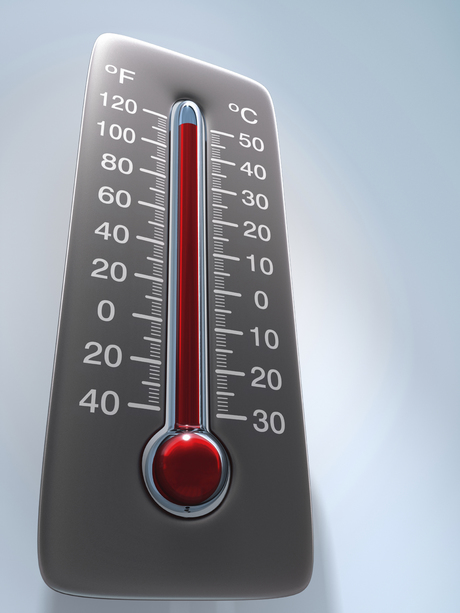 Heating a pool isn’t quite as simple as installing a heating system and waiting for the water to warm up. There’s much more to it than meets the eye. Factors like climate, aspect and infrastructure all need to be taken into account - not to mention the client’s needs. Given how complex pool heating can be, education for the industry is vital. And an educated industry is one that can meet its customers’ needs effectively and continue to grow.

Despite being in competition with one another, our Industry Roundtable participants all agreed on several points: the need for pool heating education - both for trade and consumers alike, the need for transparency within the industry and the importance of getting pool heating installations right for the client.

While the general public needs to be educated about pool heating options, the most effective way to do this is by educating the pool industry - particularly builders - says Merv Smith, NSW state manager of Sunbather.

“The cost at a direct level - at a retail level - for companies like us to educate the general public is huge. It’s more focused if it’s done through the trade. If everybody’s speaking the same or similar language through the trade, it also increases the benefits [to the industry],” said Smith.

Roundtable participants involved in solar say they’ve encountered situations where pool builders will try to get away with installing solar that gives as little as 60% pool coverage to try to save themselves some money. This is particularly prevalent in new builds where solar heating is sold as part of the overall package. Considering that a minimum coverage of 80% is recommended for effective heating, lower coverage rates like this give the industry a bad name.

“As soon as you start discounting the amount you put on the roof, you’re going to increase your running costs because your pump’s going to have to run longer to get [the water] to the desired temperature,” said Leisure Coast & Double Bay Solar’s Michael Mansfield.

“So it then comes back to quality education for builders who are going out there and upselling for the cheapest cost to them at the highest upsell for them. We need to be able to educate and re-educate a lot of the builders - not all of them, but a lot of them - to understand exactly what they need for their heating purposes for their client,” said Smith.

“If they’re properly educated, then the end user who’s buying all of those systems - the pool, the fences, the heating, everything - through the pool builders will have a better understanding. It’s okay if we’re out there on our own and we’re doing a retail quote or we’ve had a referral or something like that. That’s fine; we’ve got the education covered. It’s a one-on-one education, basically, that whole process.”

“A lot of successful pool companies out there have won pool builds by upselling and being the cheapest. There’s a lot of them out there. Does that necessarily affect the heating? Yeah, it does. The first thing to go is the amount of square meterage of the solar system that goes on the roof. [The pool builders] are just trying to save a few hundred dollars,” said Mark Lewis from Supreme Heating.

A lack of understanding about the requirements needed for solar pool heating infrastructure can also be an issue.

“There’s people out there that don’t even get out on roofs and measure stuff. They just do a lot of guesswork. They just have a look and go, ‘Yeah, that’s about it. I can install about 40 m2 on there. It’s about 37° steep; my installers won’t mind that,’” said Lewis.

“Saying that, I go to people who’ve been quoted to put solar on their pool, and they say, ‘No worries - there’s plenty of space on the roof’ and you get up there and it’s all skylights and glass panelling. They didn’t bother to go [and look]. Where do you put the solar? So then we have to [install] a heat pump,” said Mansfield.

Solar isn’t the only type of heating that suffers when builders don’t know their stuff. “There’s lack of knowledge when it comes to gas heating; so therefore, to avoid any embarrassment on their behalf, they just go for the largest size. But that can be a big negative for anyone that wants to put in a gas heater,” said Matt Adlam, general manager of AstralPool Australia.

“[A larger heater] needs more room, which is a restriction with smaller house lots these days, and also larger gas lines, which would increase the cost of the initial installation. And there’s also some other potential downfalls as well. If you heat up the water too fast, it can cause issues with expansion.”

Too green for their own good?

One problem encountered by a number of solar installers is existing solar photovoltaic (PV) systems. As consumers become more environmentally aware, many are installing PV systems on their roofs to harness the sun’s energy. This is great for the environment, but can present some problems when the client puts in a pool and wants to heat it.

Naturally, this kind of customer would prefer to use solar heating, but with the solar PV system already taking up the prime solar real estate on the north-facing part of the roof, where’s the space for the solar pool heating system?

“You’ve got your solar electricity companies out there taking up your [north-facing] roofs, and so then your north-west and your western roofs have all just disappeared and you’re really limited with your choices. So heat pump sales had to increase because solar sales decreased as a result,” said Lewis.

“If you go to any of the new suburbs [in Sydney], you’ll see that a lot of the houses already have solar PV as part of their home building models. So secondary to that is when the pool comes in, and a long way behind that is when the heating application starts. So sometimes you’re left with little choice [of heating system]. And then the application itself depends on whether the suburb itself has appropriate gas lines or whether they use the extra solar they’re generating on their [solar PV system].”

Our Roundtable participants involved with solar say that some pool builders will see a solar PV system on a client’s roof and immediately recommend a heat pump. Again, industry education is important here.

According to Smith, the PV system will likely only just cover the energy required to heat the pool, meaning the client shells out for not just a solar PV system but also a heat pump. “It’s a bloody expensive way to heat the pool,” he said.

Adlam took a slightly different view of the situation.

“They’ve already got the PV system up there, it’s really about adapting a heating system that suits them. It comes back to the application. If you add it together, yes, it seems expensive, but if it’s already [installed] and it’s occupying the better part of the roof space, then I would suggest it’s probably not a bad option,” he said.

“If you can’t get 100% up there, you can’t get 100% up there. It’s a purely logical way to look at it. If they’ve got a PV system that’s up there and it’s already existing and working for their house, and it’s covering their electricity bills and they don’t get many bills because they’ve got a proper PV system on their roof, then it makes sense to go down that track of looking at a heat pump.”

Despite their different backgrounds and differences in opinion, our Roundtable participants were united on one thing in particular: ensuring that consumers aren’t misled about the true costs of pool heating is vital to the success of the industry.

Some pool heating companies are guilty of advertising virtually impossible-to-achieve heating costs (in the area of $2.60 a day for electric or gas heating), offset by disclaimers in the tiniest of fine print. If a consumer is expecting, based on advertised prices, to pay $2.60 a day for pool heating but then receives an electricity or gas bill in the thousands of dollars, this reflects poorly on the entire pool industry.

“[They’ll say] ‘I’m not going to do that again.’ It leaves a dirty taste in their mouths about heating, about the pool industry. We’re all better off [if everyone’s honest],” said Smith.

“It’s understanding what your customer wants and telling them the truth. I think that’s the biggest issue we have in all heating - it’s that the customers are being given propaganda that is incorrect. We have to say, ‘This is the correct [information]; this is what you should be believing,’” said Mansfield.

The right product for the right application

Just having a heating system isn’t enough: it needs to be the right system for the climate, for the location and, most importantly, for the customer’s needs. Getting this right means happy customers - and happy customers are good for the pool and spa industry as a whole.

“I think the most important thing for our industry’s reputation is to get the heating system right for the consumer, because they’re the best advocate [for pools]. They’re the ones who are going to say [to their friends], ‘Get a pool instead of a caravan; get a pool instead of paying for a holiday,’” said Adlam.

“[If people are buying pools] there’s enough business for all of us. It’s really important to get the facts right.”

Without builder education and industry transparency, the industry will lack credibility and consumers will be less inclined to spend money on a pool. Every sector of the pool and spa industry has a responsibility to ensure its credibility, and for every rogue operator, the industry will need to work twice as hard to gain back lost customers.

“One of the keys to our industry is getting people to use their pools as much as possible, because if they use it then they’re happy with it and everything goes forward from there,” said Adlam.

“If they’re paying for the pool and it’s costing them money for chemical and electricity and they’re not using it, then that’s when a pool becomes a thorn in the side. So we should be doing everything we can in this industry to promote people using their pools as much as possible - and then they don’t mind spending money on it.”

“The population’s always going to grow, and the building is always going to continue, by the looks of it. The reality is there’s enough work for everyone if you do the right thing,” said Lewis.

What pool heating problems have you encountered? Let us know! Email ps@westwick-farrow.com.au.