Energy-efficient pools: making dollars and sense for your clients 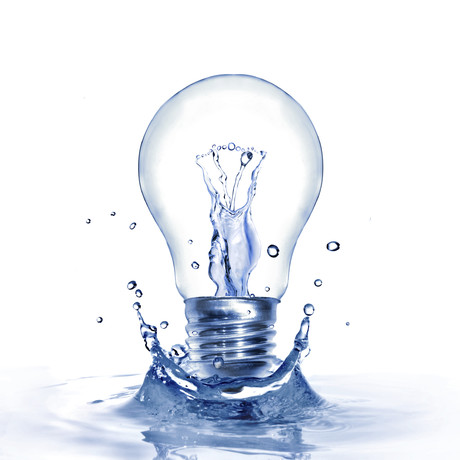 As energy costs continue to rise and spending on leisure items is squeezed, consumers are less interested in accepting old-fashioned, inefficient systems. To remain viable, the pool industry needs to meet consumers’ needs and provide what they’re demanding — or risk being left behind. We spoke with several seasoned industry professionals to learn more about building and maintaining energy-efficient pools.

What’s lacking in the pool industry’s understanding of energy efficiency? 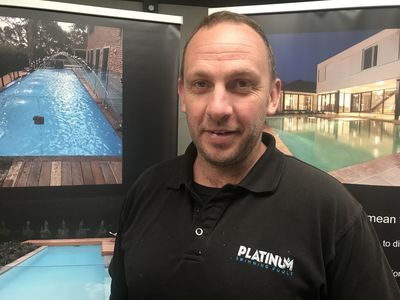 I find with builders, they will only move to the market the consumer wants to work to, simply because they don’t want to change because it’s another thing to learn. So the only way to move forward for me with education is to bring it home to the public: explain to them why things are important. The builders won’t talk about it because generally they’re scared of not getting a sale because they’ll be more expensive. 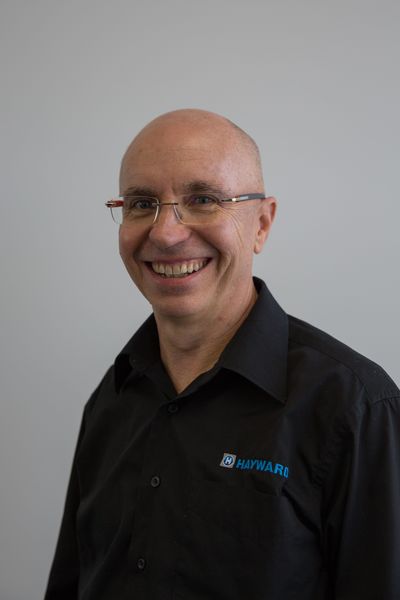 I think as an industry we have become significantly more professional the last couple of years, but until now, education has almost been about “Here’s my product and here’s how much it costs.” So really the objective’s got to be how to add value not only to our business and our builder and retail customers’ businesses, but also to the consumer. I think it’s a multipronged approach. There are going to be some people who don’t want to be educated, but I think that’s a minority. The majority of the industry realises that to survive, we need to be more professional.

Each time a consumer has an interaction with someone like Scott, they become better educated. If they’re getting another quote, they’ll ask all the same relevant questions, because Scott’s done such a good job educating them. Then we’ll start to gain some momentum and eventually everybody will want to be educated. 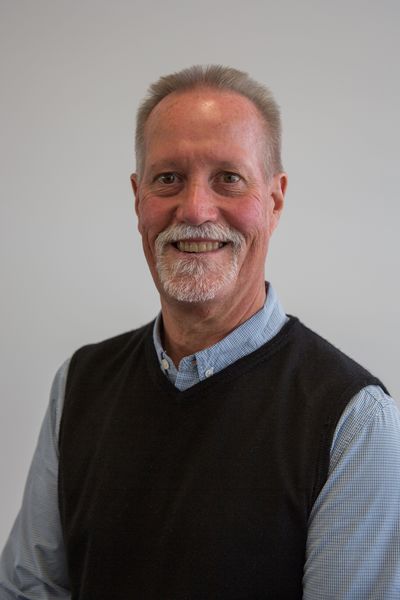 Most builders understand that they need to be focused on consumer outcomes rather than what’s in it for them. I think if they stay in that space, then they will just die a natural death.

There’s a real lack of understanding about what that pump can be turned down to. I’m hearing of pool shops that won’t sell variable speed pumps because they put them onto a pool with standard plumbing, and they get in trouble because they wind the pump down and a week later the pool’s gone green. And then they go “Why do I bother?”

Going forward, we’ve got a lot of education to do. A lot of builders are hard to change because they do what they’ve always done and they don’t like change. It’s typical of any industry. There’s the early adopters, then there’s the ones that sit on the fence, then there’s the ones that you’re dragging kicking. But for every pool that goes in now plumbed the old way, we’re not going to see the major energy savings while we continue to do what we’ve always done. 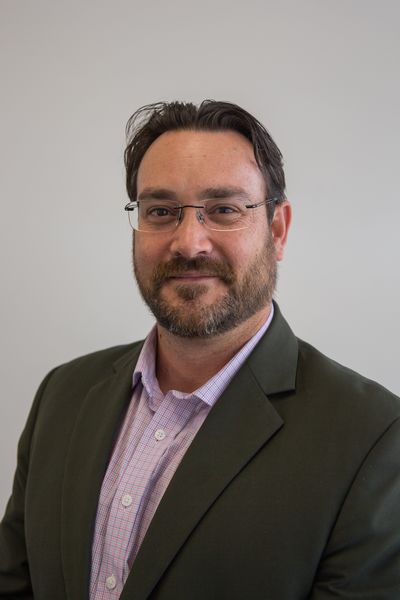 The opportunity is to set clearer expectations for industry first, and make these sort of conversations standard to the consumer. At the moment, there’s still the opportunity because industry hasn’t accepted these methods as fact and the right process. We’ve been training hydraulics and reduction in resistance and sweeping elbows for 10 years — and yet we still have some of the market not understanding that using two 45° elbows is exponentially better in resistance reduction than a 90° elbow, let alone a sweep. And yet this is not new technology.

What roles do plumbing and circulation play in energy efficiency?

CC: The first thing that a lot of our industry’s done is use too small pipes. As soon as you put head loss on systems, you don’t get the performance. Even if you said “I’m not going to change from my old ways”, at least put 50 mm plumbing through the system, suction and returns, because straight away that will actually make the pumps work better in the current system. If you went out to an existing pool and it’s got 50 mm suction and returns and you put a variable speed pump on it, you’ll be able to wind that down a lot further than one that’s got 40 mm suction and 40 mm returns, because you’re going to get more flow through it. I don’t know that the industry understands pipe friction and head loss.

Sweep elbows are something that we started pushing in the industry some years ago, and now there’s a lot of builders use sweep elbows, or they’ll use two 45° elbows because they understand that. There was a lot of pushback at the start, with people saying “There’ll be nothing else come out the other end”, but now they understand it because they’ve experienced that you get a lot more flow.

TS: One of the challenges is that we build maybe 20,000 pools a year. We’ve got a million pools in the ground, and a lot of what Cliff’s spoken about, while it can be implemented into a new pool, is more challenging for an existing pool. I think what we’re seeing is the development of ways to manage that better.

One is controlled integration, like our new Hayward OmniLogic. Having the capacity to have the pump do what you want it to do at certain times by directing it through different returns and maybe the main drain, and the skimmer is advantageous. And also the advent of automatic cleaners. Some consumers don’t want to spend a lot of money on a cleaner, so they can spend $700 on a suction cleaner that will work on a low flow. When you install a variable speed pump on an existing pool without any concern for the hydraulics, you end up with spots with no circulation, so you get algae, chemical distribution issues and other problems. If you can find a way to either control the speed of the pump to do different things at different times and add a suction cleaner that will work at low flow, whilst it may not vacuum as efficiently as it will at high flow, it will circulate the water because it will move around the pool. Put it back to the return line, and that’s a nice way to address existing pools at a relatively low cost.

SC: Before we got involved with energy efficiency, as in the way pools are plumbed, I didn’t understand why variable speed pumps were an advantage, because they made no sense to me, because you have to slow down the water flow. You need the water flow to circulate the water. That’s where you get the dead spots and the algae. You can put as much chlorine in as you like, but if it’s not turning over, it’s not going to be clean. Now we understand how to plumb that so we can actually use a variable speed pump for what they’re meant for.

Can energy-efficient pools be cheap to build?

SC: Definitely. Plumbing the Enviraflo system, there’s additional cost to doing the main drain. We run 80 mm suctions; we make a point of that. From any main drain suction, we’ll run an 80 mm suction. So the cost would probably be around another $500 for us.

I reckon you’d be cutting the pool’s running costs down by at least 75%. If you had an investment and you put $20 in to get $80 back, compared to putting $100 in to get nothing back, it makes absolutely no sense to look at the old systems.

For me, everything’s about customer experience. I won’t take out an energy-efficient system to make the job cheaper. It’s pointless. And once I explain to people why, they understand the value. If there’s a lack of value, people always question the dollar. But when you offer the value and actually explain to them, show them why things happen, you’re giving them value. You’re not taking anything away. So they want to be a part of that.

CC: It’s not a big impost to change from the typical pool that we’ve built for the last 50 years to an energy-efficient one. There’s very little cost to the builder to do it, but there’s massive outcomes coming out the other side.

To add to what Scott said, there’s the investment of the skimmer. It might cost the builder another $200. You’ve got to put a drain in. So there could be $500 there, plus the $500 Scott’s mentioned.

My thoughts are, it’s $1300 by the time you add labour. But the payback on that is two years. Who’s not going to do that? The investment for the builder is $1000–$1500 to give you that outcome. And then you pay a little bit more for a variable speed pump.

Now, builders need to make money. So put a value on it — it might be $2500 or $3000. But the payback for the client is, say, four years. Anyone will dial into a four-year payback. Now, Scott’s just picked up another $1200 profit in his business, and he’s done the right thing by the client. It’s a win-win. The one thing he has got, though, is he’s separated himself, because he’s an early adopter.

TS: I think variable speed pumps do add a number of dollars over a single speed pump, but you can demonstrate what the advantage to the consumer is. I think one of the things Scott has highlighted is that he understands not only what the benefits are, but also how to educate the consumer himself. So there’s two levels of education that are required, and one is the understanding of what we can deliver to a consumer. The second one is then how to demonstrate to them that it’s an advantage.

LM: If the cost was a restriction to the consumer, we wouldn’t see the massive uptake in all of these energy-efficient programs and plumbings, etc, in all of our awards. If you read through all of the gold awards over the last several years, all of the winners, all of the applications, are all about at least 50 mm suction and return. It’s all energy-efficient pumps. It’s in-floor cleaning … all of these items that Scott and Cliff have talked about are in virtually every application for gold award winners. These guys are at the top of their game, and the rest of the industry needs to pay attention.

Are your clients asking for energy-efficient solutions? How do you sell it to them? Let us know! Email ps@wfmedia.com.au.

The future of transportation post-COVID-19

The missing link behind severe cases of COVID-19?