Automation: building the pools of the future 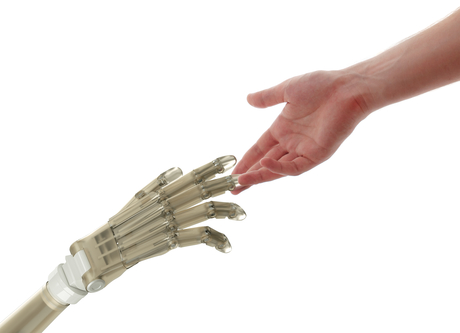 Rather than being a leisure purchase, used solely for recreation and relaxation, the humble backyard pool has developed (in some people’s minds, at least) a reputation for taking more time to maintain than to enjoy. It really needs something to shift it firmly back into the realm of leisure to not only make it desirable to consumers but also ensure the future of the industry. Automation could be the key to that.

“[When] you tell [people] you’re in the pool industry, what do they talk about? What a pain in the a*** is is,” said Waterco’s Bryan Goh. There’s the constant cleaning, checking and endless trips to the pool shop to have the water tested.

“Now, all those things, if we can address that through automation, that would make pool ownership more attractive.

“My own belief is that the headache of the pool is ingrained in their head, and maybe from childhood.

“I know one guy who’s averse to pools because his parents made him take care of the pool [when he was young] and he found it a real pain in the a***. And he says, ‘I’m not having a pool ever again.’ But there’s automated pool covers, there’s in-floor, there’s pH/ORP. Basically, it’s just taking away the thinking for the pool owner, which is what people are looking for.

“I couldn’t convince him, but maybe if you could take away all that pain through automation, we might even grow pool ownership. Wishful thinking, but… we’ve got a market there.”

The pool of the future

So what will the pool of the future look like? Peering into their crystal balls, our roundtable participants envision a future where pool owners, if they wish, don’t even need to think about their pool — it will all be taken care of by a third party by means of a service contract.

And rather than buying equipment upfront, a pool owner would lease automation equipment — perhaps even from their service supplier — so they could update it regularly to keep up with the changing technology, in much the same way that we upgrade our phones.

Should anything go awry with the pool, the service provider would be alerted via email and could potentially take care of the issue remotely, with the pool owner blissfully unaware of any problem having even occurred.

In this utopian future, a pool truly becomes a leisure item, rather than a drain on the pool owner’s time and energy. The sentiment attached to the pool, then, becomes one of fun and relaxation, rather than regret and resentment, making it all the more desirable a purchase.

Sunbather’s John Dixon is uncomfortable with the term ‘set and forget’.

“I don’t know about ‘set and forget’. I think it might be ‘set and then pass it to someone else’ and they maintain it for you. That’s probably where the future lies — where a pool shop has a record of you and your pool and monitors it via a link,” he said.

“I think that’s probably where the future needs to be. You sign up then to some sort of maintenance program and maybe hire the equipment, and while you’re on that contract they’re monitoring your pool for you.”

Get with the program

It’s inevitable that consumers will shop around when building a new pool. Since more and more builders are starting to offer automation options, if you’re not one of them, you could be missing out on business.

“More and more builders are offering [automation]. If people see three builders, it gets brought up in that conversation,” said Goh.

Our roundtable participants noted that home builders who have a pool as part of the project are more likely to suggest automation than pool builders. The upshot of this is that if you’re a pool builder who isn’t offering automation, you may well lose out to a builder who is.

“Home builders, if they take on a swimming pool, are much more eager to automate that swimming pool,” said Kris Reichel from AstralPool.

“The industry needs to pull their socks up here, because if the consumer wants it, and we’re not providing it, we’re leaving a big hole there for someone like a home builder to get more dominant in our industry. So I think we need to protect [the industry] a bit.”

If consumers don’t know that automation exists, how can they possibly know to ask for it? And if they don’t know that owning a pool can be made so much easier if it’s automated, then they may well be labouring under the misapprehension that pool ownership is hard work.

“Today, to own a swimming pool doesn’t need a lot of work,” said Dixon.

“We are time-poor, but the people I’ve spoken to, they’re putting 10, 15 minutes a month into maintaining their swimming pool. With the really strong equipment that’s out there, it’s an easy process to own a swimming pool today compared to what it was.”

“There is the customer demand. I just don’t think that the industry is catering to that demand, or maybe not exploring those opportunities, or making the suggestion,” said Goh.

“We’ve seen pools belonging to $4 million houses and the owner-operators are pressing buttons, turning valves, and no-one’s ever spoken to them about automating all that functionality.”

Goh shared a story of a friend of his who had a new pool built on his property. When Goh went to visit, he saw his friend cleaning and dosing the pool himself. But he had never heard of automation — it seems that his builder was afraid to quote with automation, thinking that the added price would lose him the job. When Goh enlightened his friend about the possibilities, he said he would’ve been more than happy to pay the extra to reduce the work of the pool — if only he’d known it was an option.

“There’s a lot of pool builders out there that are educating themselves and finding ways to add more value to their pools, but I think there’s still a lot of them that are trying to compete via pricing rather than giving a better option,” said Andrew Bourke, director of Sydney’s Best Pool Service.

Particularly with high-end builds, not suggesting automation is not an option. These clients in particular tend to be time-poor and are more than willing to spend a little extra to free up their time.

“A client themself, an end user, isn’t aware of what’s in the marketplace. An example comes to mind where we had a client who built a fairly expensive pool and he wanted automated covers, automated heating — he had a fairly strong wishlist of what he wanted this pool to do. He had in his own mind developed what he wanted but didn’t realise that we could do it for him and he was trying to reinvent the wheel using things like CBUS,” said Dixon.

“And I said, ‘No, no — we’re way beyond this now. We can do these type of systems, smart control systems, automated systems’, and we ended up putting a fairly significant automation system on there that he could hit a button from his office and heat his spa up so when he got home he was in his 37°C spa. He was delighted with the end result. That story needs to be put out there, because a lot of people don’t even know that’s an option.”

Not just the bells and whistles

Automation isn’t only about convenience — although that’s a key part of its attraction for many time-poor consumers. With remote monitoring, a service business can prevent a disaster before it happens, picking up on a pool that’s out of balance before it turns green or catching a faulty dosage system before it makes the pool unsafe to swim in.

Safety is another important aspect. With automated dosing, pool owners often don’t need to handle dangerous chemicals that they’re not familiar with, and automated testing removes the potential for human error.

Automation can also help a system run more efficiently, either by timing when the equipment runs to capitalise on cheaper energy rates or by tweaking the heating systems to keep the pool heated using the least amount of energy from the grid.

“The controllers that we play with today have to be smart enough to understand the cheapest way to run a swimming pool, the cheapest way to put the heat into the pool and, when the solar can’t do it, operate something that can for the minimal time it has to do it,” said Dixon.

“They’re already available. Making them available with a fully integrated system — I guess that’s where the future lies.”

A ‘smart’ pool that is programmed to open itself during peak usage times and close itself again overnight might just help pool owners get the most out of their pool. By having a pool automated so that when it’s prime swimming time it’s warm, clean and uncovered will make it all the more easy to go for a quick dip, rather than having to scoop the leaves out, test the water chemistry, dose it up and wait until it’s safe to swim again.

Similarly, a pool that closes itself down at night — by pulling the cover back on, say, and running the pump while electricity is cheaper — is one that is going to be a pleasure, rather than a pain, to own.

“Automated cover systems that observe the time… they observe the time and open the pool and close the pool. That’s something we could see that has opportunity,” said Dixon.

“Energy costs and energy monitoring, when it’s picking the right tariff to run, particularly with fossil-fuel burners — a gas or heat pump — to pick the best time to run the system to bank the heat and get it back to the pool when energy’s cheap.

“I think that’s where we can see a huge potential. We’ve played with that in the commercial market and now it’s time to bring it home in a more simplified form into the domestic market. When I think about where the future lies with automation, I think it’s linked to costs — we’ve got to save water, energy, time, chemicals and money. I think that’s what people look for today.”

While we can speculate all we like on the future of automation, the fact is that we just don’t know where it will take us. Just as the earliest users of the internet couldn’t possibly have imagined how we’d be using it today (cat videos, anyone?), we can’t possibly fathom what the pool owner of the future will want to automate — or even how they’ll be using their pool. Similarly, market forces beyond our control may well dictate the kinds of automation consumers seek, whether it be cost-saving, time-saving or just plain fun.

“I don’t think there’s an end date. It’s just a matter of identifying, and as you identify one particular area and you go forward and you automate that, then you’re always going to find another thing that needs identifying and then automating,” said Bourke.

“It’s one of those things that you don’t know what you’ve got to be able to automate until you’ve automated everything else. I think it’s going to be an open-ended thing.”

When to go digital in PCR

Embryos could be susceptible to COVID-19