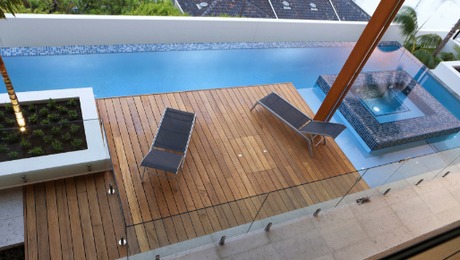 Global AquaTekture Visionary Awards announces the winners for the 2012 competition. Produced by Three V Enterprises, a Las Vegas based corporation, GAVA transcends beyond the traditional water-themed design awards by hosting an integrated world-wide competition open to design professionals of all genres dedicated to influencing and creating thought-provoking solutions.

The award salutes the innovative spirit of artisans from every segment of the globe, celebrating diverse concepts from varying cultures, environments and philosophical aspects. Sixty-six winners included projects from across the United States, Australia, and Mexico, and South America.

The judges rated entries on atypical designs and innovative applications that surpassed the boundaries of traditional water feature solutions. GAVA, recognizes artisans globally who's visions and creativity exemplify the best in AquaTekture; the discipline of designing, engineering and erecting of water environments and ancillary components, in a harmonious nature with consideration to function, space and aesthetics.

Fencing compliance improving in the west

A Canberra Times article published over the weekend asks why legislation has not been...

The first of December not only heralds the start to summer, it's also been declared...

Bubble tech blows contaminants out of the water

Why do some water droplets 'bounce' off the walls?