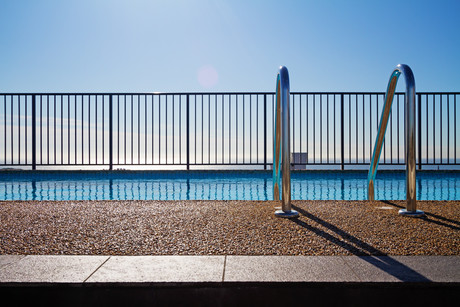 An article published in the Canberra Times over the weekend is questioning why legislation has yet to pass in the ACT to ensure pools in Canberra "meet modern standards".

The article says that in the three years since the backyard pool drowning death of a 21-month-old baby from Perth, while visiting Canberra, nothing has changed, despite pleas from the investigating coroner and Royal Lifesaving ACT.

According to the Times, the coronial findings after the child's death highlighted a lack of supervision as a key factor in the drowning, but said the incident highlighted broader public safety concerns around the "inadequate and confusing" pool fencing laws in place.

The coroner called for urgent reforms requiring all existing backyard pools to comply with the latest version of the building code, regardless of when they were installed. Nothing has happened since.

The Times article suggests that aerial vision to help pinpoint most backyard pools in Canberra and form a database is at anyone's fingertips and that such a database would help identify non-compliant pools. Despite the government announcing development of a scheme to bring all pools up to standard in March this year, it has not commenced the public consultation phase, potentially putting lives at risk.

Fencing compliance improving in the west

The first of December not only heralds the start to summer, it's also been declared...

Fencing inspections kick off in NZ

New Zealand's Queenstown Lakes District Council (QLDC) is about to kick off inspections of...

Plans to cool down Western Sydney

The missing link behind severe cases of COVID-19?

How to maximise grape yield during wine production