What is a pool really worth? It depends who you ask 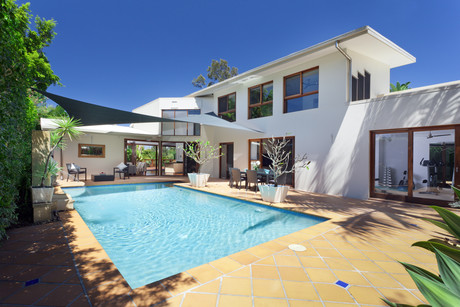 In early 2017, research found that a swimming pool added $140,000 to the value of a house in 10 of Melbourne’s suburbs. Now, a new survey sheds light on how much more Australians will pay to snag a home with a pool.

The previous research was conducted by buyers agent Secret Agent and these new findings come to us courtesy of home loan specialist Lendi. To determine the perceived value of a pool when it comes to property, the company surveyed more than 1000 men and women aged 18 to 65+ across Australia in December 2017.

The survey asked ‘How much extra would you pay for a property with a swimming pool?’, and provided pricing options that ranged from $0 to $200,000+.

The results, naturally, were a mixed bag. First up, nearly 40% of respondents said they would pay no more for a home with a pool than one without, which means that 60% of respondents recognise the value of a pool — to some degree at least.

Location obviously has an influence. While Lendi says results didn’t vary much from city to city, respondents in warmer states and territories are marginally more inclined to value a pool, with Queensland, Western Australian and Northern Territory showing a higher than average response. Combining those three regions, the number of participants willing to pay $20,000 more for a home with a pool was about 5% higher when compared with southern states. By state alone, roughly 45% of WA respondents fell into this bracket, compared with 33.3% of Victorian survey participants.

Men appear to value pools more than women, with 45% of male respondents (compared with 35% of women) prepared to pay up to $20,000 more for the privilege of ownership.

Age also had some bearing on results, with younger people more likely to pay extra. Nearly half Gen Y respondents (about 48%) said they would pay around $20,000 more, while for Gen X that figure was around 40% and for the 55+ group it was just over 30%. At the other end of the scale, less than one-third of Gen Y respondents said a pool added no value, compared with more than half of the 55+ age bracket.

While survey data potentially provides a loose ‘ideal customer’ framework based on age, location and associated demographics, there’s more at play behind the scenes.

The purchase of property is often emotional, as it is tied to completely subjective elements including family dynamics, status (real or perceived) and individual memories. Aside from obvious direct influences — like available budget — there are many indefinable drivers that help someone determine their perceived worth of a pool. While a lifelong fear of water is unlikely to translate to a high value on pool ownership, recalling a sense of missing out as a kid can easily make a parent determined that their children will never feel the same — so, in goes the pool.

There are any number of online articles that offer advice to consumers on whether investing in a pool is worth it, yet most can’t definitively answer the question. This isn’t really surprising, given the number of intangibles and variables involved. It’s a fair assumption that a high proportion of pool constructions aren’t carried out with an absolute return on investment in mind, but certainly with a view that the outlay is worth every penny.