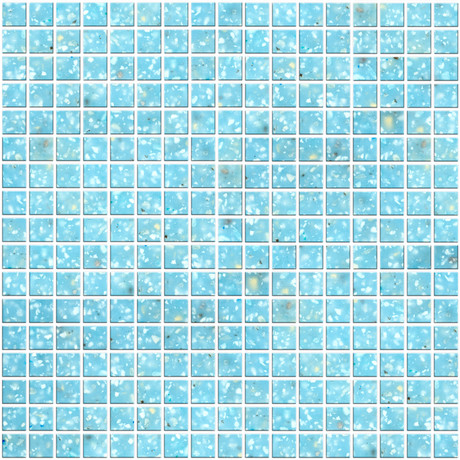 Enrolments for new-start apprenticeships are waning, so what does this mean for industry?

A month or so ago the Tiles & Tiling Industry Association Australia (TTIAA) circulated a call-to-arms for industry members as they faced what appeared to be the imminent closure of Sydney’s Randwick TAFE wall and floor tiling program.

The numbers don’t add up

Apparently, enrolment numbers for the wall and floor tiling course had decreased to a point where complete shutdown was likely. TTIAA is a not-for-profit group that seeks to promote and foster the tile and tiling industries, so its concern at the latest turn of events was understandable.

TTIAA said that the number of apprentices completing training and gaining a Cert. III qualification does not equate to the number of skilled wall and floor tilers currently required to meet the needs and demands of the industry. It therefore predicted serious ongoing ramifications for the NSW commercial and domestic tiling sectors, as the skills shortage would only be exacerbated by closure of a teaching facility dedicated to the trade.

According to TTIAA, over 50 million square metres of ceramic tiles were imported into Australia last calendar year. A further four million square metres were manufactured on home soil. That’s a lot of tiles. So, the product is there, the demand is there, but the trade isn’t attracting enough new members to sustain itself. No wonder the association sent out the rallying cry and encouraged tilers, tile shops, tile adhesive vendor reps and builders to get on board and start promoting.

As TTIAA rightly points out, consumers will be left with no option but to seek alternative wall, floor and pool finish options if they are unable to secure adequately skilled tradespeople. This means the entire industry suffers and nothing creates opportunity for new products and markets like an industry on its knees.

It’s not a new debate

The decline in apprenticeship numbers has been a bit of a political football since the beginning of this decade. Depending on the party in power, numbers to support each side’s argument are thrown around with gay abandon — usually attached to some form of culpability signal designed to suggest that the opposing party doesn’t deserve your vote.

By 2016, everyone was on board the blame bandwagon. The Opposition said apprenticeships had hit the lowest levels since 2001 courtesy of Coalition funding cuts in skills and training to the tune of $2.5 billion. The Australian Council of Trade Unions agreed.

The Coalition shot back, citing a 46% drop in apprenticeship numbers in just four years and suggesting that the Opposition’s earlier withdrawal of employer incentives was a key factor in this change. The Business Council of Australia, Australian Chamber of Commerce and Industry and the Australian Industry Group all backed those dramatic reductions as fact.

By late 2017, the issue became so clouded that the Mitchell Institute (a research institute at Victoria University) decided to get to the bottom of things and issued a report aimed at dispelling some mistruths and finding “a more purposeful way forward in the apprenticeship debate”.

Traineeships are not apprenticeships

The institute found that inconsistencies in reported numbers, at least in part, came down to differences in terminology. Specifically, apprenticeships and traineeships were being counted as one and the same, whereas they have different backgrounds and applications.

The report suggested that the propensity to lump the two together had painted an unrealistic picture of ‘apprenticeships in crisis’ and that the true data actually pointed to relatively stable numbers on traditional trade apprenticeships. The word ‘relatively’ is a key part of that sentence, as some trades experienced growth, while others did indeed fall off.

In terms of incentives, funding and policy changes, it seems there was a far greater impact on traineeships than apprenticeships, with evidence of funding misuse by employers resulting in the then-government scaling back eligibility for schemes between 2012 and 2013.

The Mitchell Institute suggests that other factors influence (trade) apprenticeship commencements — namely “economic and social factors, including negative and low growth in full-time employment, ongoing structural change in the composition of the labour market and the relevance of the current apprenticeship model in some occupations”. It also suggests that supply-side factors including “a decline in the quality of the apprenticeship applicant pool” are at play.

This is the million-dollar question. According to the Mitchell Institute, apprenticeships (and traineeships) are a vital component of Australia’s future workforce but warns that they must “remain relevant and responsive to changing needs and sit within an integrated and considered tertiary education and training system, encompassing a range of VET and higher education options”.

Which brings us back to Randwick TAFE and the potential demise of the tiling course — if the enrolment numbers simply aren’t there, it’s difficult to know what can be done. TTIAA wants industry to do its part and encourage and promote apprenticeships. It specifically asks members to think outside the box and consider other alternatives, like offering mature-age apprenticeships and providing tiling work experience, along with short introductory on-site programs that will further encourage apprenticeship commencements.

The state government is doing its part as well. In June this year, the NSW Department of Industry announced the availability of 100,000 fee-free apprenticeships (including the Cert. III Wall and Floor Tiling qualification) under its Smart and Skilled program. It hopes that by removing upfront fees, it will lessen the financial pressure on both apprentices and employers and subsequently ensure demand for trade skills is being met.

It may not be all bad news for Randwick TAFE — at the time of writing the wall and floor tiling course is being offered at Randwick for a February 2019 intake, so there’s still life in it yet.

Apprenticeships remain a valuable avenue for skills transfer, but it will take a concerted effort on the part of industry, government and training organisations and associations to ensure the viability and longevity of existing and future schemes.

Educating the next generation on the good, bad and ugly side of plastics