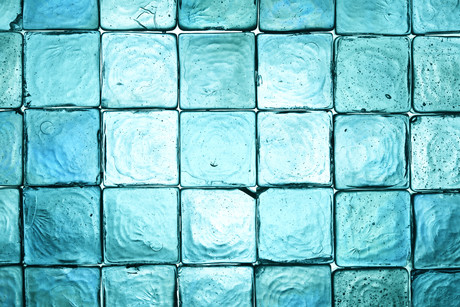 One of the greater complexities in understanding tiles is the relationship between porosity and expansion. Added to the complexity contained in the tile itself is the relationship between the tile and the substrate, in that anything made of clay and fired in a kiln will grow over time, while the concrete base on which it is laid will shrink, creating pressures that must be recognised in the installation design.

There are four main types of expansion to which a tile may become susceptible.

This is where the pores of a tile become filled with soluble sodium sulfate and sodium chloride salts (eg, when laid adjacent to a salt chlorinated swimming pool), which may crystallise, grow and fissure.

This type of expansion occurs when the pores of a tile become filled with water (eg, when laid outside and subject to rain) and this water subsequently freezes, resulting in a 10% increase in volume when the water forms ice. This again can lead to fractures which can extend across the entire tile.

Tiles can also expand due to thermal exposure: tiles expand when heated and contract when the exposure to heat abates.

Finally, there is moisture expansion which is irreversible. The extent and severity of moisture expansion depends on a number of factors, including the inherent expansion and absorption rates of the tiles, the tile installation and site conditions such as exposure to water.

In the case of moisture expansion, the extent of expansion of an individual tile is tiny, but when you add together a minute expansion for each tile over a plane on which a number of tiles are laid, the cumulative expansion may result in significant growth overall, creating force and stress on the tiling system. This is the main reason that standards call for the installation of movement joints within the tile system, as these movement joints will absorb these stresses.

When the industry advanced from monocottura (or single-fired tiles) to porcelain tile manufacture, tiles were made of finer clays, micronised rather than atomised and fired at higher temperatures of up to 1300°C. The result was a vitrified body, something akin to glass, with low rates of water absorption. With true porcelain having a water absorption of <0.5%, there is very little ‘space’ between the particles for water to collect. As such, porcelain tiles display high mechanical properties and are less subject to the above forms of growth.

International standard ISO 10545 and Australian Standard AS 4459 have strict outlines for testing for water absorption and porosity, as well as linear thermal expansion. Any quality manufacturer should have available test results for these technical characteristics relative to the relevant standard.