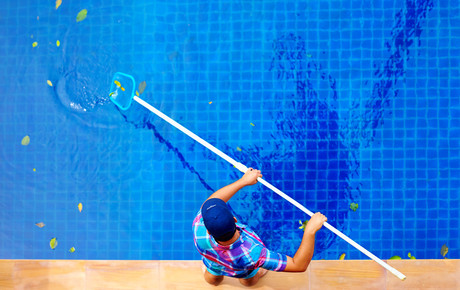 A prolonged passage towards legislation of licensing for pool professionals in the US state of New Jersey comes to an end on 31 July this year.

New Jersey State Governor Bill Murphy signed a bill on 31 January this year that will see new laws come into effect as of 31 July 2019. The legislation requires pool and spa service contractors, and pool and spa builders or installers operating within the state, to be licensed.

As is often the case with licensing changes, it has taken years to get from proposal to enactment, with spirited debate ensuing. Unsurprisingly, industry groups were planted firmly on the ‘for’ side of the argument.

The Northeast Spa and Pool Association (NESPA) covers Connecticut, New Jersey, New York and Pennsylvania. In 2010, NESPA was a vocal supporter of the introduction of a bill into the Connecticut House of Representatives calling for licensing of pool builders. The move was strongly supported by the Connecticut chapters of NESPA and the Association of Pool and Spa Professionals (CONSPA). The bill required the development of testing and continuing education programs and stipulated that pool builders would be unable to perform any electrical, plumbing or solar work without holding licences specific to those trades.

On that occasion the bill passed through the House of Representatives but stopped short of making it through the Senate. In a report at the time, Canadian-based industry publication Pool & Spa Marketing said the bill failed to pass because it was submitted in the dying days of the Senate’s sitting session, but commented that the industry would not be defeated by what it saw as a minor setback. By July 2013, the details were finalised and the bill passed, meaning pool-service contractors and pool builders were required to hold licences.

For NESPA, Connecticut was the first step in mandatory licensing for pool industry professionals in all of the states under its jurisdiction. Not unlike Australia, there are notable differences between states, with some regulatory burden handled at a county level — similar to our local councils.

In 2016 it was New Jersey’s turn in the spotlight, with the introduction of a bill making it illegal for unlicensed individuals in the state to advertise as a pool and spa contractor, builder or installer, according to a report from Forbes. This time around the media viewpoint was cynical, to say the least. The aforementioned article — somewhat pointedly titled ‘New Jersey Goes Off The Deep End, Wants To License Building Swimming Pools’ — made it fairly clear to the reader that a licensing program was nothing more than a money grab.

While written mostly from a legal standpoint, author Nick Sibilla suggested that NESPA’s claims of industry improvement and a flow-on benefit to the consumer were somewhat disingenuous. He said claims relating to the protection of public safety were overstated and that enhancements to New Jersey’s “deceptive trade practice act would better address concerns that consumers were subject to fraud”. The crux of the issue, according to Sibilla, was that the push for licensing was coming from a self-serving viewpoint and that the big winner would be industry, rather than the consumer. New Jersey is reported to be a state overburdened with licensing laws, which probably didn’t help the cause.

By mid-2017, more eyes were turning to New Jersey lawmakers and NESPA, questioning the motives behind the push. Something about this was touching a nerve and articles being published with headlines like “A New Jersey Bill Protects Pool Owners from Low Prices” (on National Review) dug deep to refute claims linking mandatory licensing to a need to protect public safety (from drowning deaths). The consensus emphasised that consumers would merely be paying more for the same service and that industry professionals would be burdened by more red tape to do the work they were already doing.

Despite the ongoing negative press and formal complaints from interest groups like the Institute for Justice and Americans for Prosperity, the law passed and will come into effect on 31 July 2019.

According to the NESPA website, from 31 July 2019 pool and spa builders and installers must hold:

Pool and spa service contracts must have:

At this point, it’s unclear what these other certifications are. There is also a grandfathering period through to 30 July 2021 whereby certification won’t be required provided certain criteria can be met. Full details of all licensing requirements can be found on the NESPA website.

In this instance, it seems that over-licensing in the state of New Jersey is at least partly to blame for the dim view taken by media and members of the public. No-one likes red tape and in a state that requires mandatory licensing for at least 48 professions, according to the National Review article, this may have been the proverbial last straw. That being said, in tying licensing and accreditation requirements so tightly to (one of) the organisations pushing the hardest for implementation, it’s understandable that the veracity of claims around consumer and public benefit was questioned.

No-one would argue that removing unknowledgeable, unscrupulous or unskilled cowboys from an industry sector is a bad thing. Of course it isn’t. Equally, any program that seeks to develop knowledge and skills and provide a continuous path of learning should be regarded for the positive endeavour that it is. Initiatives that seek to legitimise an unregulated industry for the benefit of all parties should be applauded, and the key seems to be in the ‘all parties’ section of that sentence. Creating schemes in which one party benefits more than another, or that result in cumbersome administrative burden and unnecessary red tape, will only serve to diminish the industry sector’s reputation — and isn’t that the very thing it’s aiming to rectify?

What happens when skillsets start to disappear?