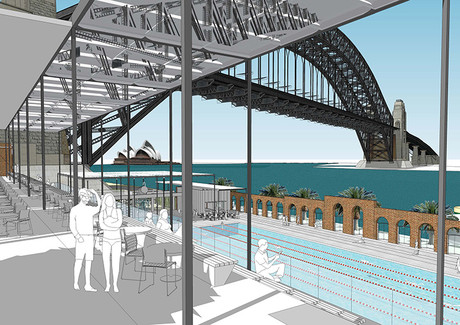 The future looks bleak for the iconic North Sydney Olympic Pool, located just under the harbour city's world famous bridge. According to an ABC News report published last week, engineers say the pool is near the end of its usable life and is rapidly deteriorating.

North Sydney Council has voted to approve plans for a revamp pegged to cost close to $60 million, but will need state and federal funding to the tune of $30 million or be forced to close the facility. According to the Daily Telegraph there was no funding earmarked for the pool in last night's federal Budget.

Council hasn't given up hope and intends to invite NSW Premier Gladys Bereijklian, along with state and federal members, to visit the site and see the deterioration first hand. Designs for a new facility have been submitted and a development application is in progress, pending the all-important funding assistance. 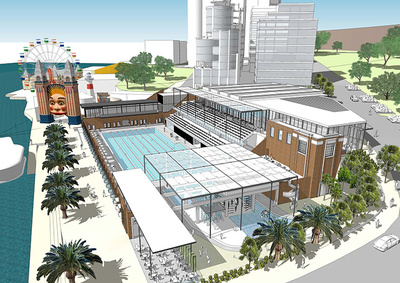 Designs for a revamp of the iconic pool have been submitted.

According to a media release, North Sydney Council General Manager Ken Gouldthorp said that it was appropriate for councils to go into debt for major projects that would last several generations.

“Unfortunately, North Sydney Council is not in a position to borrow the full amount without compromising other essential infrastructure and services. While we take the project to the next stage we will be exploring all avenues of funding,” he said. 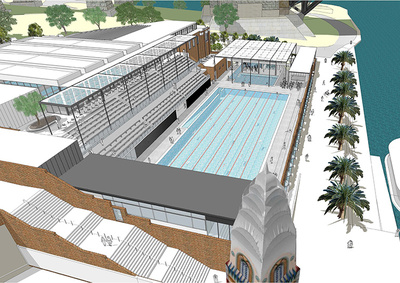 The iconic North Sydney Olympic Pool was opened in 1936 to host the 1938 Empire Games. Eighty-six world records have been set in its lanes by some of Australia’s best known swimming legends, including Jon Konrads, Lorraine Crapp, Shane Gould and Dawn Fraser.

The pool is currently the base for a swimming school, North Sydney Swimming Club and North Sydney Masters Swimming Club, and hosts local school carnivals as well as community events. Its unique location has made it a firm favourite with locals and tourists for generations, meaning closure would most likely draw the considerable ire of the community.