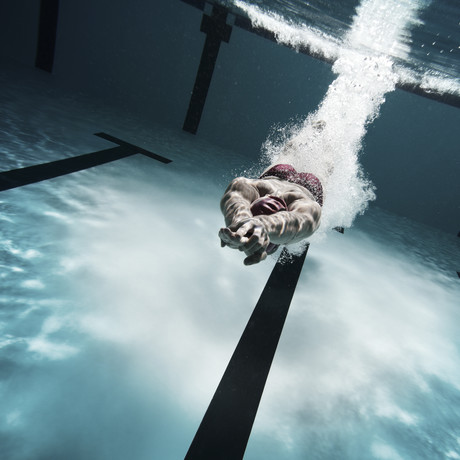 Back in 1898 Albert Henry Pierce established AH Pierce (later known as Pierce Pool Supplies), a supplier to councils and retail stores throughout NSW. Forty years later, while the world recovered from the Great Depression, the government agreed to lend large sums of money to municipal and shire councils for investment into infrastructure programs including public swimming pools and sewerage plants, in an effort to get the economy on track.

As with most business success stories, Albert saw opportunity and began importing dry chlorine powder for use in pools and water treatment plants. Little was known about water treatment at the time and pool operators were encountering many problems. Albert’s son Harold took over the family business and was regularly travelling throughout Australia supplying councils with his products — and becoming an industry expert in the process. Harold became a conduit for information to the industry and was eventually encouraged to form what we now recognise as the Australian Recreational Institute (ARI).

AH Pierce went on to develop and supply a wide range of products for use in public pools. The company remained in the hands of the family until 2008, when it was purchased by International Quadratics (IQ). As IQ’s commercial pool division, Pierce Pool Supplies services the public pool industry throughout ANZ. It continues Harold Pierce’s legacy by offering products, expert advice and training, and continues to invest in the development of problem-solving chemicals and hardware.

This year AH Pierce celebrates its 120th birthday — 80 of those specifically in the pool industry — making it the oldest existing aquatic business in Australia. It’s a milestone that is close to the hearts and minds of all team members and partners. David Lloyd, Managing Director of IQ and Pierce Pool Supplies, is delighted.

“This is a special birthday for us all, and I am so proud that Pierce Pool Supplies continues to thrive and evolve in the commercial aquatic space,” he said.

“Feeding a business to sustain its presence and growth, I think, affords a company some well-earned bragging rights! I couldn’t be happier when I look back on the company’s history and all the people that have contributed to our time in market. I would like to give a special and sincere thank you to all our ongoing loyal customers, as our existence is only here because of your support,” Lloyd said.