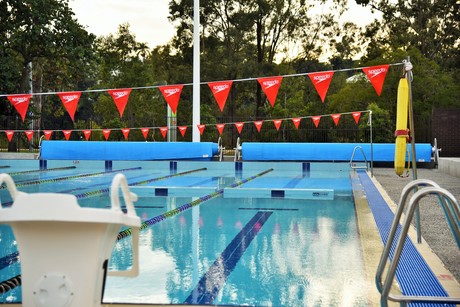 After the University of Queensland (UQ) Aquatic Centre was extensively damaged in the 2011 Brisbane floods, the university seized the opportunity to upgrade its existing 50 m pool. The upgrade included installing an S.R.Smith SwimWall System — a submersible pool separation system — to provide more options for programming.

Prior to installing the SwimWall, the aquatic centre used temporary turnboards that attached to lane ropes, but UQ Aquatic Manager Jae Marr says these turnboards didn’t offer anywhere near the flexibility of an S.R.Smith SwimWall System.

“The old ones that we had took two staff in the water tying them on lane ropes, and it’d take 15 minutes to tie up three of the turnboards, whereas now it’s a very simple process which provides us with a huge amount of flexibility,” said Marr.

In addition, the nature of the installation and size of the pool’s original turnboards meant their surfaces did not provide as much resistance as an actual pool wall when used for tumble turns.

In contrast, using the S.R.Smith SwimWall System performs like pushing off a solid wall due to the volume of water trapped within it, according to Ole Hoskinson, a project engineer with S.R.Smith. This means the university can properly train to isolate tumble turns, broken distances and short course.

It now takes one staff member just 30 seconds to raise or lower the SwimWall, and they don’t even need to get wet — this all happens with the flip of a switch from the side of the pool. 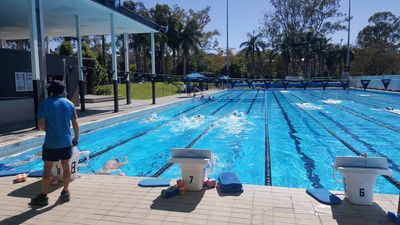 The SwimWall System in use in the aquatic centre's 50 m pool.

Marr was so impressed with the increased flexibility the system created that when the university decided to build a new 25 m pool, another SwimWall was on his must-have list. In fact, he was so confident in the product that he didn’t even research other brands or options — he went straight to S.R.Smith.

Opened in June 2017, the new 25 m pool has a SwimWall installed across two lanes, creating four 12.5 m lanes. Marr says that installing the system in the new pool will give the centre even more flexibility.

“We’re anticipating that we’ll use it for a number of different things. So it might be a gentle walking program down the shallow end of that 25 m pool and we’ll be able to effectively close up two 12.5 m lanes, which will be quite a large area for a walking group, or it might be a small aqua aerobics program, or we might have a small sporting group come in and use the area for water running or recovery. We’ll be able to use that wall at any given point throughout the day and it’ll give us a lot of flexibility in that programming area,” he said.

And with increased flexibility comes the possibility of increased revenue. Rather than having two lanes out of action due to a small learn-to-swim group at one end, the aquatic centre can accommodate multiple different groups effectively across the whole pool. 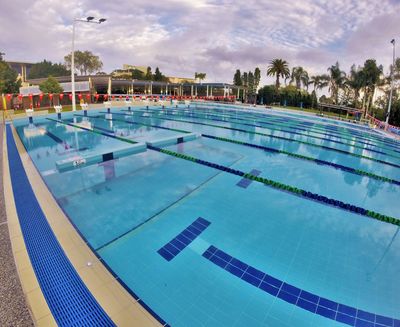 The SwimWall System can be incorporated into the design of a new pool, with a rebate added into the pool shell to house the SwimWall when not in use, giving a flat floor surface, which is the option chosen for the new 25 m pool. It can also be installed in existing pools with minimal interruption. The pool does not need to be drained, and typically it can be installed within three days.

While the S.R.Smith SwimWall System has been installed in many 50 m pools, Hoskinson said this is the first time in Australia that it has been used in a 25 m pool — and he’s confident it won’t be the last.

“The coach here is going to have the opportunity to break down swimmers’ training, including high-speed turn practice, isolating specifics and gradually growing out from these refined habits by lengthening the course, from 12.5 to 25 to 50 m,” Hoskinson said.

“The learn-to-swim programs will benefit the most, with little ones sent to swim 12.5 m rather than 25 m and keeping close to their instructor. I am excited to see all the ways UQ will discover using this wall.”