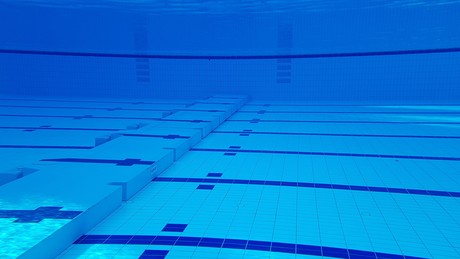 Cockburn Aquatic and Recreation Centre (CARC) prides itself on being unlike anything else in Perth, WA. Comprising nine water areas, three waterslides, a six multi-use court stadium, fitness studio and health club space, the centre has been enjoying high demand since opening in May 2017.

Higher than projected attendance numbers for the aquatic centre resulted in CARC management investigating options to improve space efficiency in the pools. The centre contracted S.R. Smith to install a SwimWall Systems structure at the centre, giving management the flexibility to alter the pool configuration to meet differing demands.

SwimWall is an inflatable structure that is permanently fixed to the floor of the centre’s outdoor 50-metre pool. When filled with air, the structure moves into a vertical position and forms a wall that is designed to fit around lane ropes. It effectively splits the pool in half and takes only a couple of minutes to implement the configuration change.

Installation of SwimWall at CARC gives the operational team a number of configuration alternatives that can be changed to meet the differing needs of bather groups: