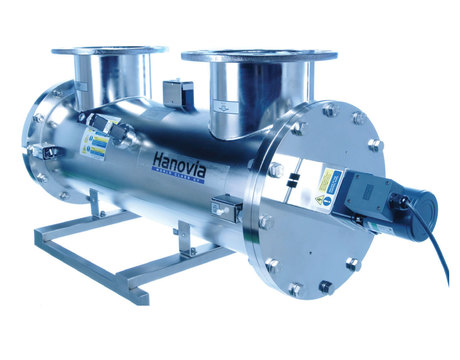 Adelaide Aquatic Centre is the major municipal swimming pool servicing the city of Adelaide, the capital city of South Australia.

The Aquatic Centre began its life as an outdoor pool way back in 1969. Since then it has undergone a series of redevelopments, including being enclosed by a roof in 1985 and the addition of the leisure pools and two 16-person spas in the late 1980s and early 1990s. Today, the Aquatic Centre comprises four pools and two spas. The four pools comprise a 4.25 million litre main pool (split into a 50 metre lap pool and a 33 metre dive pool) and a 588 kilolitre free-form leisure pool which is split into two sections to effectively become two pools, the Cascade and the Octopool.

Gordon "Gordo" Friend is Team Leader - Aquatic Operations for the Adelaide Aquatic Centre. He has worked at the Aquatic Centre for more years than he would care to remember and has personally witnessed most of the changes that have taken place over the years. "This place has gone through many changes and plant improvements over the years, but the installation of the Hanovia UV systems has had by far the largest impact of all in improving the water quality", says Gordo. "We looked at ozone at the time but decided on UV because it was reported as being more reliable, and that has certainly proven to be the case!"

The first of the Hanovia UV systems was installed on the leisure pool system back in the mid-1990s. Three more Hanovia UV systems have been added since then - one on the main / dive pool and one on each of the spa pools. "We liked the 'single-chamber' design of the Hanovia system", commented Gordo. "This allowed us to handle the entire flow from the very large main pool with a single system". Gordo commented that prior to the installation of the UV systems, the leisure pools in particular experienced high combined chlorine levels during heavy bather loads. Since the UV installation, the chloramine levels are consistently in the 0.1 - 0.2 ppm range in winter and they never exceed 1 ppm. "We noticed an immediate improvement in the water quality as soon as the UV systems were commissioned - it was a very significant and positive upgrade", said Gordo. "Both pool supervisors and pool customers have commented on the improvement".

Gordo has also been very pleased with the support he has received from Fluidquip Australia, the Australian distributor for Hanovia UV systems. "Since Fluidquip has been providing the maintenance and servicing of the Hanovia systems, we have been more than happy with the level of support we are receiving".

For further news stories from Hanovia and to subscribe to the Hanovia RSS News Feed please visit the Hanovia News Blog at www.halmapr.com