For Rocky, timing is everything 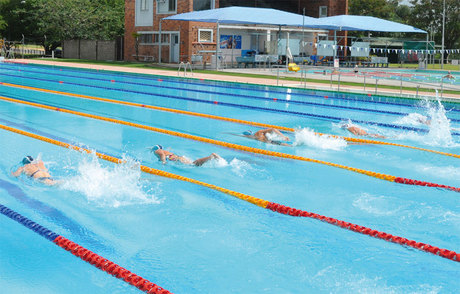 On March 12, 2012, five aquatic professionals touched down in Rockhampton, Queensland. Their mission: to bring the $17 million redevelopment of the Southside Memorial Pool one step closer to being one of only a handful of FINA-compliant facilities in Queensland.

For the team comprising International Quadratics (IQ), its Queensland distributor Aquatic Elements and an expert flown in from Colorado, it was time to get in and deliver the state-of-the-art timing and training system that would give Rockhampton the edge it needed to host inter-regional, state, national and international events.

The timing technology selected to bring the WWII memorial swimming pool up to spec was the Colorado Timing System (CTS), imported and distributed in Australia by IQ. In recent years, there has been a substantial uptake of Colorado's cutting-edge technology by Australian councils, local swimming pools and clubs and coaches. More than 200 Australian clubs now use the Colorado wireless timing system.

"While there has been a huge adoption of the Colorado Wireless Time Systems in Australia, the Southside Memorial Swimming Pool facility has embraced the full potential of the technology," says Adam Lloyd, Director of IQ. "The pool has been equipped with electronic relay judging platforms, dive blocks with individual speakers and touch buttons as back-up for time keepers. The movable bulkhead has pressure-sensitive touchpads that are linked to a 10-lane scoreboard and, at the heart of the system, a System Six computer console capable of operating Olympic swimming events, water polo and diving events."

As a result of the development, Andrew Collins, Operations Manager at Rockhampton City Council, expects to attract many high-level swimming events. "We've already been approached by Swimming Australia to look at hosting the 2014 Australian Masters," says Andrew. "We're also hoping to attract other nations, as we now offer a great training venue for the upcoming 2018 Commonwealth Games."

While the Southside Memorial Swimming Pool offers facilities for elite swimming, Andrew says the facility will cater for the whole community. "Southside is first and foremost a community pool and will still be used for general recreational purposes, sport recovery, lap swimmers, learn-to-swim programs and disabled and elderly patrons," says Andrew.

The centre is the state's first high-performance facility built outside of Brisbane. On January 3, 2012, then premier of Queensland, Anna Bligh, officially opened the 50m 10-lane FINA-approved pool. It was opened to the public on February 13.

According to Rockhampton Regional Council, design work on stage two of the project (design of the new grandstand and shade cover over the 50m swimming pool) is nearing completion and construction is expected to begin in the coming months. Stage three (design drawings and planning reports) has been completed for Development Assessment. The Development Assessment has been lodged and council is now progressing through to the planning approval process.