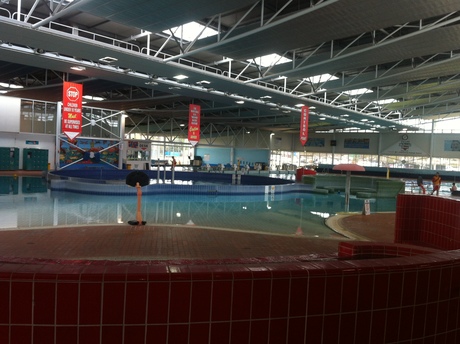 Oasis Regional Aquatic Centre in Wagga Wagga is set to save approximately $276,000 in energy costs and cut carbon emissions in the first year of operation with its new state-of-the-art, gas-fired cogeneration system.

After a successful tender bid, Simons Green Energy was appointed to design, supply, commission and maintain a 229 kW cogeneration system at the Oasis Regional Aquatic Centre located in Wagga Wagga. The new system is now providing up to 85% of the centre’s electricity demand and supplying hot water for space heating and for the swimming pools.

The installation of the energy system was made possible through co-funding by the Department of Climate Change and Energy Efficiency under its Community Energy Efficiency Program (CEEP). With a project cost of approximately $431,000, the project payback period is expected to be less than two years.

Ben Creighton, manager of Oasis Aquatic Centre, said, “The installation of a 229 kW cogeneration system at the Oasis Aquatic Centre has been a very successful project for Wagga Wagga City Council in partnership with CEEP and the Clean Energy Finance Corporation. The commissioned plant is now in operation and is producing a significant reduction in energy costs while also providing environmental benefits through the reduction in carbon emissions.”

Commissioned on time by Simons Green Energy in August 2013, the cogeneration system was officially launched in September 2013.

Derek Simons, Simons Green Energy’s CEO, said, “The cogeneration system at Wagga Wagga’s Oasis Regional Aquatic Centre will deliver compelling environmental and financial benefits, and demonstrates the centre’s commitment to sustainability within the region. We are very proud of being part of this sustainable energy project that will benefit Wagga Wagga’s community and the generations to come.”

It will take two years to recoup the investment made but the centre has had the added benefit of seeing the installation come in well under budget. The original budget had been in the region of $780,000, but it ended up costing less than $500,000.

Oasis Regional Aquatic Centre was founded by Wagga Wagga City Council in 2003. The centre operates seven days a week and offers a wide range of aquatic programs for kids and adults. Oasis Aquatic facilities comprise a 25 m indoor pool, a 50 m outdoor pool, a beach and water leisure area, a turbo pool, a sports stadium and a children’s playground.

Wagga Wagga’s aquatic centre identified the need to upgrade its conventional heating system to reduce the current and projected energy costs as well as cutting carbon emissions. Considering the centre’s constant electricity and heating demand, cogeneration was the most cost-effective solution to cater for its energy needs, providing the facilities with up to 85% of the electricity demand and hot water for swimming pool heating as well as pool space heating.

Installation works commenced in June 2013, including the removal of an existing hot water boiler and pouring new plinth slabs to support the new plant. The cogeneration unit was built by ENER-G in the UK and shipped to Sydney. On delivery to Wagga Wagga, the installation was completed within six weeks. The system was commissioned in early August 2013.

The cogeneration system comprises an ENER-G 230 cogeneration unit, dry air cooler, circulating pumps, expansion tanks, along with ventilation, exhaust and control systems. The cogeneration unit was supplied as a complete factory-tested package with engine, generator sets, controls and heat recovery system. The system will operate 24 hours a day/7 days a week, providing cleaner electricity than the grid-supplied power with the surplus of ‘free’ heating for the swimming pools and for space heating.

“Cogeneration may not be the best option for every club, so we follow a 5-step process to determine if it makes sense to install a  system on the site, if it’s feasible and if it will deliver financial and environmental benefits. Should cogeneration not result in a good investment case, we advise the club to choose an alternative solution depending on their needs.”

Cogeneration, also known as combined heat and power (CHP), is the simultaneous production of two forms of energy, electricity and heat from a single fuel source. Cogeneration uses a natural gas-powered engine to generate electricity on-site and converts the waste heat from the engine into usable heat for space heating, process heat for manufacturing, domestic hot water, heating for swimming pools and similar applications.

On-site cogeneration systems have a total efficiency of up to 85%, as compared to the 25-35% efficiency of coal-fired, grid-supplied electricity.

Key questions to ask when considering cogeneration include, does the club/pool have access to natural gas? Is the average monthly electricity bill more than $30,000 to $40,000? Is there space for the plant? Are there sufficient funds or is management prepared to consider finance for the upgrade? If the answer is yes to these questions, then cogeneration may be able to save a club both financially and in its carbon emissions.

How suitable is solar?

New research from the VTT Technical Research Centre of Finland suggests that while solar power...

They say an ounce of prevention is worth a pound of cure, and this is particularly true of...

From 'no gear and no idea' to industry expert: John McKenny

A regular contributor to Pool+Spa, John McKenny is a well-known face in the NSW pool...