The Power of One Voice - SPASA NSW Becomes a National Body 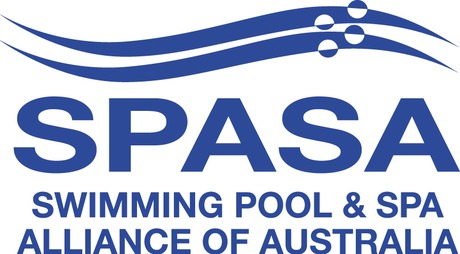 In a historic decision, the Swimming Pool and Spa Association of NSW has re-launched itself as the Swimming Pool and Spa Alliance of Australia (SPASA Australia). The new national peak body brings together swimming pool and spa industry stakeholders to form a national representative body focussed on action and influence. Pool + Spa Magazine talks with Spiros Dassakis, CEO of SPASA Australia, about the new Alliance.

On 5th December, Spiros Dassakis, CEO of SPASA NSW announced that the state body had changed it’s name and was re-launching itself as a national body; the Swimming Pool and Spa Alliance of Australia. The move, which had been considered for quite some time, had the support of the entire board of directors of SPASA NSW.

Mr Dassakis said, “For some time, SPASA NSW has been advocating for a better working model for a national body, without any personal agendas. After feeling despondent at the bureaucratic locks experienced as a key member of the Swimming Pool and Spa Association, SPASA NSW has brought on board key stakeholders to form the new national body.

“It’s been long acknowledged that we need one voice representing the pool and spa industry, to effectively lobby both state and federal government on issues which have a resounding affect on our industry”.

“The launch of SPASA Australia signals an important milestone in the future of the swimming pool and spa industry. Finally, our industry will be represented by one united association with a strong and cohesive voice, across the country.”

According to Mr Dassakis, SPASA Australia was formed in order to represent the many and varied interests of the entire swimming pool and spa industry with "one voice" to a diverse audience which includes government, media, investors, legislative bodies and consumers, as well as the membership itself, to increase awareness of:

•The industry’s value to the economy

•The need for standards, accreditation and professionalism

•The need for accessible, affordable and recognised education and training across all sectors

SPASA Australia’s launch will be followed by a three-phase national rollout strategy, which will include all the services that members expect. The structure of SPASA Australia will be broken up into relevant regions and industry sectors. This will ensure that the new association fairly represents the interests of all members across Australia irrespective of their geographical location. It will act as the point of contact between the industry, state and federal governments.

SPASA Australia will invite all current state SPASAs to be on the board of the new organisation, which will operate under a majority vote.

SPASA Australia will be focused on action and influence. Members and stakeholders across the entire retail, construction, manufacturing and supplier sectors will be involved with prioritising the pressures they face and devising actionable plans to alleviate them.

Membership to SPASA Australia will be automatic for the current members of SPASA NSW. Members from every corner of Australia are encouraged to join.

More details can be found at www.spasaaustralia.org.au

The SPASA NSW Board was unanimous in the decision to change our name to Swimming Pool and Spa Alliance of Australia. The Board has come to realise a true need to become a National Association to represent all sectors of the industry. SPASA NSW has become the most proactive Association in Australia and has built up major creditability with many government departments and standards and sits on many Government committees. SPASA NSW is the only registered training organisation specifically training all sectors of the swimming pool industry. SPASA NSW has formed a solid base and this is the next stage for the future of the whole Swimming Pool Industry.

SPASA NSW has long felt the need for a cohesive body to represent all participants in the pool and spa industry on a national basis. Whilst there have been some worthwhile attempts to do so in the past, they have not adequately addressed the needs of all sectors of the industry. The board felt that building on our existing member base of builders, suppliers and retail and service technicians as well as our established training facilities and representation on many national standards and similar committees was the ideal springboard for a truly national representative body.

The name change to the Swimming Pool and Spa Alliance of Australia will allow the organization to further represent members to all levels of government and provide a vehicle for industry based training on a national basis. SPASA NSW is the only registered training organisation in the country that is pool based and pool focused, our courses are being delivered nationally and the change of identity can only go to improve the opportunity for larger participation in education.

The board’s decision in this matter was unanimous and they remain very excited about the move and look forward to thriving future.