Who says social media’s a waste of time? Daisy Pool Covers and Rollers says its Best Splash Challenge has helped build retailer confidence in the face of current trends.

“The #bestsplashchallenge utilised a pull-and-push strategy and engaged end customers as well as our retail channel. We built an online audience around fun in the backyard pool by encouraging people to do what we all do ... jump in and make a splash! Our customers were reached through the social media challenge to create the best splash ever and win by getting the most likes on Facebook or Instagram,” said Derek Prince, managing director of Daisy.

The company supported retailers through in-store point of sale material and driving sales to their stores through social media.

The initiative resulted in a 7% increase in sales over the months of October, November, December and January against the previous year, plus a notable increase in engagement levels on both Facebook and Instagram.

Daisy retailers reportedly saw substantial investment in the brand and valued the assistance in pushing sales, rather than discounting. 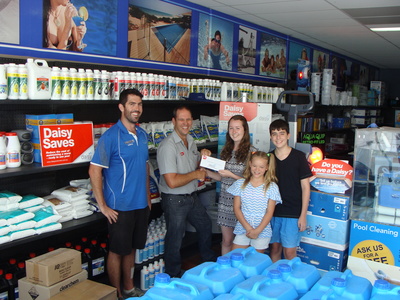 Peter Schmidt, owner of Southside Pool Services in Western Australia, said he was grateful for the extra promotional exposure and potential new customers for his store. The winner of the Best Splash Challenge, Rebecca McLevie, collected her prize from Schmidt’s store.

“We are delighted at the chance to be involved with this creative promotional campaign over the last few months. It has really helped build great awareness of our store,” Schmidt said.

“The combination of social media with the relevant campaign idea was spot on, given their target market is young families around Australia.”

Retrovirus is causing cancer in koalas