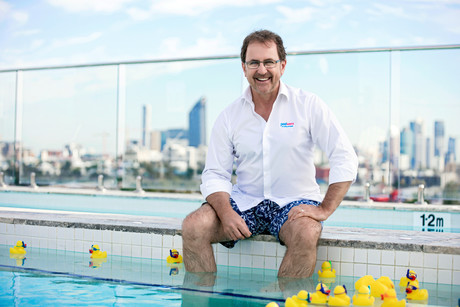 Poolwerx has once again partnered with Laurie Lawrence’s Kids Alive — Do The Five program to deliver Learn2Swim Week 2018.

The initiative, now in its fourth year, is aimed at giving every child in Australia under the age of five the chance to learn to swim.

“Poolwerx is continuing to make a difference with campaigns like this, which address key industry safety issues,” O’Brien said.

“We know the ability to swim is one of the most important factors in reducing the risk of childhood drowning, so we need to introduce more kids to water familiarisation and swimming lessons as early as possible.”

This year Learn2Swim Week will run from 2–9 October and Poolwerx is encouraging swim schools to get behind the initiative and provide free swimming lessons for children under five during the week-long event.

O’Brien said swim schools involved last year reported that 60% of parents whose children participated in Learn2Swim Week went on to enrol their children for further lessons.

“We know that the message to parents about the importance of teaching under 5s to swim is getting through and this is so important, as children aged 0–4 years are at the highest risk for both fatal and non-fatal drownings,” he said.

O’Brien said the initiative gave Franchise Partners within the Poolwerx network the opportunity to connect with and make a difference in their local communities.

“As a leader in the pool and spa industry, we have both the opportunity and a responsibility to promote safe water practices in our communities,” he said.

The initiative is supported by major industry associations AUSTSWIM, ASSA and SWIM Australia.

More information can be found on the Learn2Swim Week website.