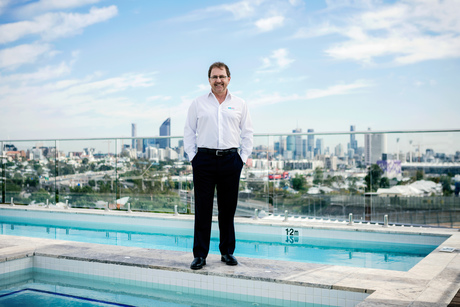 Poolwerx has taken home two top awards at the Franchise Council of Australia (FCA) Excellence in Franchising Awards. The franchise won Established Franchisor of the Year, and the company’s business development manager, Stephen Halls, won Field Manager of the Year.

“This is an amazing achievement for the business and great recognition for the brand, but the thing I am most proud of is knowing Poolwerx provide an opportunity for people to achieve a greater level of success in their lives through the experience of running their own small business,” said Poolwerx CEO and founder John O’Brien.

“Taking out the Established Franchisor of the Year is certainly a nice pat on the back for a job well done but I don’t claim the win as my own because none of the success we have generated would be possible without the sum of all our Poolwerx family.

“Early in my career I learned about the three-legged stool concept from franchising great Ray Kroc: a stool has three legs but take one away and it ceases to function. This is still relevant to our business two decades later, and I know without the collective effort of our Franchise Partners, Poolwerx Support Centre Team and Partners-in-Profit (suppliers) none of this would be possible. Everyone deserves credit for this award win.”

Poolwerx first won Franchise of the Year award in 2004, but despite continued growth, O’Brien was reluctant to enter again until a key milestone had been met.

“When we first won the award 12 years ago we were a service-only business but I knew what my vision was for the company so I vowed we wouldn’t enter again until we had 100 stores and had progressed from a mobile-only to a multitier business model,” O’Brien said.

“We’ve now smashed the 100-store goal, will have over 400 mobile vans in the next 12 months and are rapidly expanding overseas, which makes this year’s win so much sweeter.”

Predicting and slowing the progression of Parkinson's disease