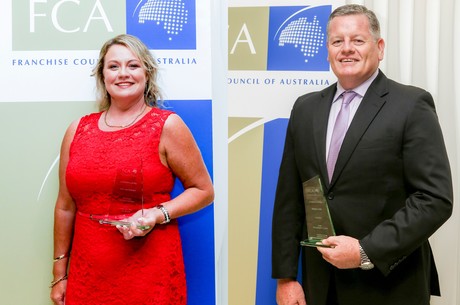 Providing support was the winning criteria behind two recent awards presented to Poolwerx at the Franchise Council of Australia (FCA) QLD/NT Excellence in Franchising Awards.

The owner of Poolwerx Ashgrove/Keperra, Michelle Graham, was named the QLD/NT Franchise Woman of the Year, while Business Development Manager Steve Halls beat out stiff competition to win the QLD/NT Field Manager of the Year Award.

Graham has a long history in the pool industry, having operated Poolwerx Ashgrove/Keperra with her husband Tony for 15 years. She believes the systems and structure within the Poolwerx network, as well as a culture of inclusiveness, have helped her achieve her business goals. 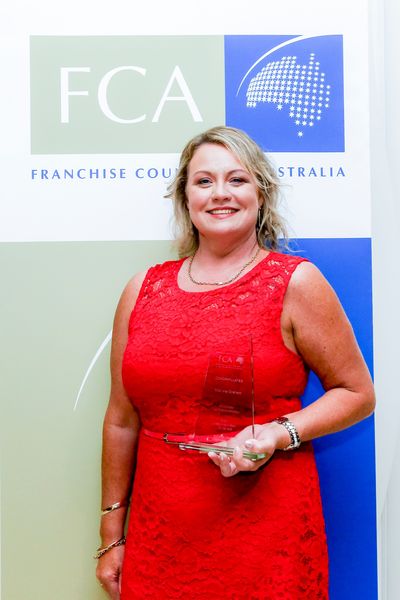 Michelle Graham was named the QLD/NT Franchise Woman of the Year.

“Franchising gives you a structure that I don’t think you would find in any normal business,” she said. “We’ve been with Poolwerx for a long time and they have provided guidance and systems support, which has been massive for running our own business and achieving our goals.”

Graham is a member of two internal Poolwerx advisory councils and is a mentor and advocate for women throughout the Poolwerx franchise network.

“I always advise women looking to start a business within the Poolwerx network or those having just started their Poolwerx business that there is a lot of support for women in the industry, both amongst pool business owners and pool equipment and product suppliers,” she said.

Halls has been in the franchise industry for over 17 years, both as a franchisee and in senior business development roles within the industry. He said the award validated Poolwerx’s core values of putting people first and providing the highest level of mentoring and support to franchise partners. 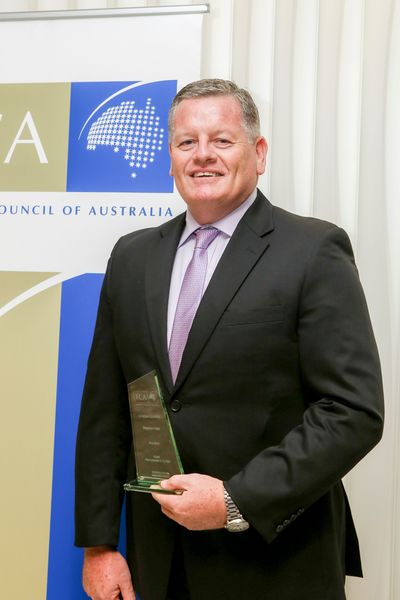 Steve Halls beat out stiff competition to win the QLD/NT Field Manager of the Year Award.

“It’s great to be able to showcase the Poolwerx brand, because if it wasn’t for the brand, the leadership and the great team, I probably wouldn’t have received this award,” he said.

Last year, Halls helped his Queensland Poolwerx franchise partners achieve the highest increase in sales nationally across the Poolwerx network. He was recently promoted to the role of National Franchise Operations Manager for Poolwerx.

CEO and founder of Poolwerx, John O’Brien, said both Graham and Halls were worthy winners of the awards and have contributed significantly to Poolwerx’s success.

“People like Steve play an important role in helping our franchise partners understand their business aspirations and helping them achieve their dreams as business owners.

“As well as achieving significant growth for his region, Steve has implemented a number of innovations locally that were so successful they’ve now been rolled out nationwide.

“Michelle is a valued mentor to franchise partners throughout our network and also contributes by sitting on several internal advisory boards.

“Her knowledge, experience and mentorship has assisted other franchise partners to realise their goals of expansion and continued business success and her advice has helped us shape our system,” he said.

Both Graham and Halls will now compete in the national awards in October.