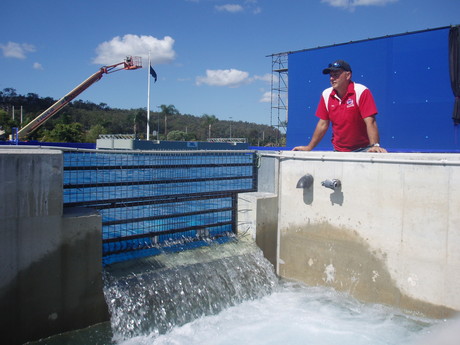 Back in 1994, Ian Jenkins bought a swimming pool mobile maintenance franchise without ever imagining where the next 25 years would take him.

After 18 years in the aircraft industry, Jenkins purchased a Mobile Pool Care franchise, prior to that company being purchased by Poolwerx. Not long after, Poolwerx founder and CEO John O’Brien suggested Jenkins move into a corporate role as state manager for Queensland. He agreed and left the day-to-day running of the franchise to his business partner.

As Poolwerx was in the early stages of growth, Jenkins grew with it, taking on various roles in supply, operations, HR and training. He said his position as both a franchise partner and corporate manager provided insight into franchise success and believes that diversity is a key driver.

“My advice to franchise partners has always been to understand cash flow, make informed decisions that reflect the nature of the industry you are in, hire the best people and don’t be afraid of change.

“About 10 years ago I saw the potential to diversify my business and consult to production companies that use pools as part of the movie-making process,” he said.

That proved successful and in 2011 Jenkins sold his share of the retail and servicing business to his partner. He retained the movie consulting aspect — now called Poolwerx Movie Services — and continues to work on TV series, commercials and major movie productions at Village Roadshow Studios, including Pirates of the Caribbean, Thor and Aquaman. He is responsible for maintenance of three production tanks at the studios, the largest of which has a capacity of 7.2 million litres.

“I am now able to take my pool industry knowledge into the film industry and that’s been an exciting development in my franchising career,” he said.

O’Brien believes that the long-established business systems and procedures at the core of the company’s franchise model enabled Jenkins to grow his business to a point where he was able to sell his share and focus on a niche market within the pool industry.

“Along the way, he has trained hundreds of Poolwerx franchise partners and their employees on the technical aspects of the pool industry, as well as sharing his experience in running a successful franchise,” O’Brien said.

“Technological advances have been one of the major changes in the pool industry since Ian started and his willingness to adapt and diversity in the face of change has been a critical factor in his success.”