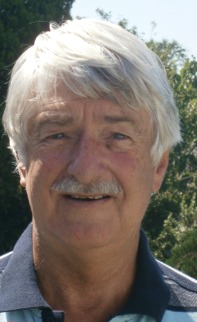 With over 50 years in the swimming pool industry Richard Walter Dunn is more than your average pool expert. Pool + Spa Magazine took a trip down memory lane to learn more about Richard's lengthy career and the creation of The Pool Clinic.

Back in 1961, Richard Walter Dunn began working in the swimming pool industry during his school holidays, cleaning pools and repairing minor faults, for Ellis Champion of Frank O'Neill Swimming Pools.

In 1963 Aquaclinic was formed by Dunn's brother-in-law John Weaver and Geof Sweetnam. It was one of the first service companies in repair and pool cleaning. Dunn became the part-time serviceman but kept working in other areas, NCR, Stockbroking and the family shearing business.

Aquaclinic was sold and in response to a demand for pool chemicals, The Dunn's and Weaver created The Pool Owners Club of Australia Pty Ltd (The Pool Clinic) in 1966. The showroom was a hallway.

"The Pool Owners Club of Australia was started and the original concept was that a yearly membership was paid which covered all repairs. This membership continued until 2000, but the free repairs ceased long ago," said Dunn.

Before 1973 the family workshop was a three by two metre space, where only seals were installed in pumps and motors sent out for bearings and rewinds. The workshop was revamped to four workbenches so that complete repairs were done onsite. At one stage over 100 pumps a week were being repaired.

In 1980 it was realised that the market place was changing so the showroom was tripled to accommodate the new retail market. "In 1988 we purchased local squash courts in Georges Hall, NSW, it was the height of the retail boom. At this time the service work fully employed 7 technicians in repairs only. Times have continued to change, by 2012 the repair work compared to cleaning was 50/50."

"The biggest challenge has been in anticipating changes and still being in business. For those thinking about starting their own pool business I say, don't. If you still wish to, be employed as a service technician in an old reputable firm and learn the nuts and bolts first."

Throughout the years, Dunn has managed the warranty work for Davey, Filtrite, Quipmaster, Finsbury, Spaquip, Purex, Nally, Sherwood, and Zodiac.. Dunn has undertaken many courses, sat on the board of several advisory committees and is the major assessor for IAG, Vero and Elders Insurance for their pool claims. For more information visit www.poolclinic.com.au

Invoice2go has integrated with small business platform Xero to further simplify the accounting...