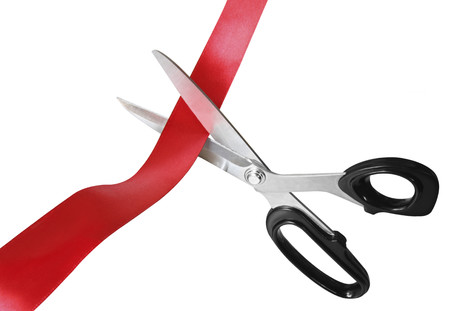 Earlier this year, NSW Fair Trading (NSWFT) released a public consultation paper titled ‘Easy and transparent trading: empowering consumers and small business’. Backed by Minister for Innovation and Better Regulation Matthew Kean, the paper outlines a series of initiatives the NSW Government says will improve productivity and benefit the state as a whole through efficiency gains.

What are the proposed changes?

The 50-page document covers a range of recommendations including extending licence durations and restoration periods, increasing owner-builder permit thresholds and broadening the Automatic Mutual Recognition (AMR) scheme for certain building-related professions, making it easier for occupational licence holders to practise in other jurisdictions.

The suggestion that has drawn the highest degree of criticism is the removal of 13 categories of home building licences. According to the report, NSWFT oversees approximately 40 categories of residential building and specialist work licensing under the Home Building Act 1989 (the Act). Those 40 categories range from general residential building work through to ‘minor trades’ such as splashback or paving installers, painters and plasterers. These so-called minor trades are currently under threat of extinction when it comes to licensing.

While NSWFT acknowledges that the Act provides a safeguard for the consumer, it is keen to point out that there are additional sources of protection in place that provide necessary assurances, should those existing licensing schemes be revoked.

It suggests, for example, that there is adequate provision under the Australian Consumer Law (ACL) which “implies into consumer contracts guarantees that... services must be fit for purpose and be provided with acceptable care and skill or technical knowledge”. It is also at pains to point out that common law principles including contract law and tort law deliver benefit to the consumer. Comforting though this justification may be, it also reads as ‘the good news before the bad’ when reviewing the proposal document.

What trades are affected?

So how bad is the bad? Well, that depends on whether the proposed changes fly. The published list of occupations, trades and activities affected by proposed licence removals is as follows:

There are six pages of explanatory notes to accompany the recommendation for removal of licences in these 13 categories — significantly more than any other section within the proposal document. A cynical reader might deduce that NSWFT was expecting some blowback and wanted to ensure all its Is were dotted and Ts crossed.

Anticipated or not, the blowback came. The Master Painters Association was initially not impressed, but has since signalled that the painting category will be dropped from the proposed reforms as a result of discussions with the Minister. This has not been formally confirmed by NSWFT or Kean’s office.

The Association of Wall and Ceiling Industries of NSW didn’t take too kindly to the news either, apparently, with Executive Director Jane Barnes condemning the government’s contradictory messaging in a Sydney Morning Herald article published late August.

“On the one hand, the NSW government is encouraging people to take up trades, and subsidising apprenticeships... and on the other hand the government is saying they want to remove the licensing,” she said.

And therein lies the problem.

NSWFT comprehensively outlines the nature of licensing schemes in its lengthy justification. It also offers up some (regulatory and non-regulatory) alternative solutions, including a trader conduct regulation scheme.

Such a scheme would allow any person to trade or work in the industry or occupation but require them to pay compensation, remedy deficiencies or face other penalties in the event that they fail to satisfy certain standards.

A negative licensing scheme is another suggestion, under which any person can trade in a certain industry or occupation without an authority but confers power to the regulator to prohibit that person from continuing trade in the event of misconduct. The only non-regulatory options appear to revolve around consumers better completing due diligence prior to entering into a contract.

Whereas the current licensing framework offers assurance to the consumer prior to a particular service being carried out, these alternatives only provide a plan of action in the event that a problem is encountered. Imagine behaviour on the roads if this methodology was introduced to replace current driver licence schemes.

Kean may very well have expected not to get this through the consultation process, with the SMH article suggesting he could walk away from proposed reforms and quoting him as saying “if the overwhelming view is that consumers and tradies will be worse off, then we won’t go ahead”. Again, a cynic might suggest that a politician’s promise isn’t necessarily an airtight arrangement.

The NSW Government is responsible for the management of 769 licence types, so it’s understandably looking to reduce some of the administrative burden. It commissioned the Independent Pricing and Regulatory Tribunal (IPART) to conduct a review of all licences, with a red tape reduction target of $750 million per annum. Recommendations within the proposal are all drawn from that review, including licence removals.

While some initiatives within the proposal probably have merit, the justification for shaking up the licensing system may be interpreted as being a little self-serving for the government. Much of the argument revolves around cost reduction outlined as follows:

Those last two may be a little harder to swallow than the first. The whole thing is also a weaker argument than a move to broaden the AMR scheme and allow occupational licence holders to operate in other jurisdictions. Anything that creates national parity is a positive step, but not if it comes at the expense of the trade or consumer.

Of course, there’s no point in creating regulation for regulation’s sake and you’re unlikely to find much opposition to a reduction in red tape. However, at a time when apprenticeship numbers are in decline and other government initiatives are seeking to both strengthen and simplify regulatory aspects the building sector, some of these proposed changes seem a little half-baked. Here’s hoping the government can find the balance between cost reduction and common sense.

Liquid Handling 4.0: what to consider when selecting OEM robotic components