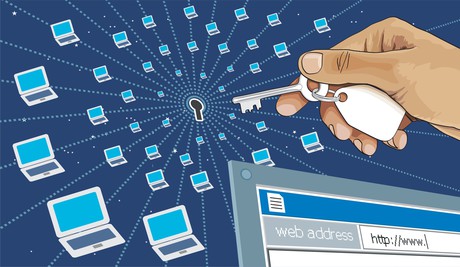 While it’s tempting to dismiss the internet as too hard or too bothersome to engage with, the simple fact is that it’s not going anywhere. Pool+Spa asked some industry experts for their perspectives on the role of the internet in the pool and spa industry, and they all had one thing to say: get with the program!

Businesses that don’t have any kind of online presence are going to suffer, even if they don’t do any online sales and only offer a bricks-and-mortar store. The internet is fast becoming the primary vehicle for consumers to find out about your business and your products. To fail to have any online presence is to fail to be in the forefront of consumers’ minds - it’s as simple as that.

“Without a doubt, the internet is a primary. It’s not a figment of anyone’s imagination any more. It is first and last at the moment,” said Lindsay McGrath, managing director of BioLab Australia and New Zealand.

“The search engine data proves that the pool and spa owners are researching the problems right up front, and then where to go to fix it. So the opportunity is to direct them to professional outlets.”

Be searchable to be seen

If you’re not searchable on the internet, if you don’t have even a basic website that shows which products you stock and where you’re located, then your new customer can’t find you and new customers may not even know that you exist. They may well be happy to spend their money at a bricks-and-mortar store, but if the only difference between you and a competitor is that your competitor has a website, then guess who’s more likely to secure them as a customer?

When asked if it’s possible for a business to be successful without an online presence, Prince answers unequivocally.

“I’ll be very clear on that: no. It is impossible to be successful without being visible online,” he said.

“How do people know who you are and where you are? Over half of Australians access the internet on a mobile device. Think of our own consumer behaviour. You go down the street; you’re away from home. I’m [looking for a particular business]. I’m just going to search who they are, where they are to get an address. If you’re not visible - if you don’t have a website, if you don’t have a way for customers to be able to see you online - then they’ll see someone else, and they’ll go somewhere else.

“I am so firm on this: if you’re not visible on the internet, then you’re not relevant.”

“The internet is the first and primary source of information. Even when pool and spa owners are loyal to the store, we have to accept that they’re going to search every time they come in. They’re always going to look for that new thing. So if you know you’re going to be searched, it’s an opportunity for the store, at least from a marketing point of view, to have a clear sales and brand message. Is your online [message] aligned with what you’re saying in store? Because otherwise you’re going to [give] a mixed message to your very own customers. So use it as an opportunity to evolve,” said McGrath.

It’s not always all about the price

“If it is price and price only, then they [bricks-and-mortar stores] will lose,” said Prince.

While there certainly are cheap generic products on the market, Prince says Daisy hasn’t been threatened by them.

“We’ve built a quality market in Australia for pool covers. There are very cheap products out there. They have a very low consumer value. So with our market or with our product, generally, [when] people buy a cheap product, they’re expecting a lower value, a lower quality. Yes, there is a lot of cheaper product out there, but it doesn’t affect us in any way like I would imagine it has done for other manufacturers,” he said.

If a consumer does opt for a cheaper product, their frustration with its poor quality means they often go straight to a quality product the next time around.

While a customer might come to you on a regular basis to buy their chlorine, unless you keep telling them what else you sell, they may never know.

The internet has fundamentally changed the way people shop. They now usually do their research on the internet, decide which product they want and then find a business that will sell them that exact product.

“Harvey Norman has come up with a different business model because no longer are people walking in there asking, ‘what cameras do you have?’ They’re walking in and saying, ‘I want ABC camera that you’re selling for this price.’ People are doing their homework,” said Prince.

“It’s constantly telling people, educating and putting out there new products, different products, products that [the consumer doesn’t] have, talking about things, so that I become the one person that you trust and rely on for everything in your pool.”

Ideas such as promoting a ‘Product of the Month’ can work well, Prince suggests, as it means all your staff will be talking about the same product to every customer that walks in the door.

Prince relayed the story of someone’s client who spent many thousands of dollars with the company fixing up their pool. When the company went back the next month, the client had a new pool pump - one that they didn’t buy from the company.

“We’ve just got to keep engaging people, and keep engaging them in a good way. It’s not berating them. It’s not barraging them with useless information. If you deal with me, I’m the only person you need to know for pool covers - I deal with everything. We’re the market leaders, we’re the best at it, and our customers know that.

“So if I was a pool shop and dealing with a consumer, then the consumer should know everything I do, everything I can do for them and even if they don’t want to use some things, then they still know that I’m the go-to bloke.”

Daisy Pool Covers is active on social media and finds that it works - but not as a selling tool.

“Social media is not something that you sell on. It’s just a recognition. It’s almost brand building that you’re doing, because you can’t sell on social media - that’s not the medium for it. Just the same as TV used to be brand building, I think social media’s taken that away from TV now. It’s the interconnectivity of the social media and the different mediums within social media that you really need to work with to be able to build a relevant following,” said Prince.

But if you’re going to do it, make sure you do it properly. Social media done well can dramatically increase brand recognition; social media done poorly is a waste of your time and, potentially, money.

“We’ve made the decision not to do social media until we could afford to resource it. It’s no different to any other marketing program where, if you’re not going to resource it, don’t do it,” said McGrath. Having now allocated a budget to it, BioLab will launch its social media program this year.

“The internet is not a ‘set and forget’ medium, either. A lot of people think that just by doing something today I’ve done it and I’ve ticked that off and [can] move onto the next thing. The advice today will change tomorrow. So what you should be doing today changes tomorrow. So it is a marketing aspect of the business that you do constantly need to work with and work on,” said Prince.

Prepare for the future in the present

While some companies might find that they’re ticking along quite nicely now without an internet presence, it’s important not to stick your head in the sand: the internet is here to stay and is already shaping the way consumers make their purchases.

“There are some very successful people that don’t have internet presence. And it’s scary, because what’s going to happen in the short-term future? While you own your customers and everything’s here today, without being relevant and visible and all that sort of stuff, how can you grow? How can you move on for tomorrow? The marketing has changed. The influence channels have changed,” said Prince.

How is your company changing to keep up with the changing landscape? Let us know what’s worked for you! Email ps@westwick-farrow.com.au.