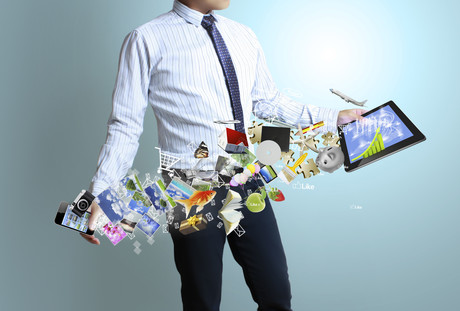 We’ve all heard the terms ‘baby boomers’, ‘Generation X’ and ‘millennials’. Did you know that six generations have been formally defined? Do you understand the differences and — more importantly — why businesses should care?

The Silent Generation (also referred to as Traditionalists) was born between 1925 and 1949. They grew up in tough times and had a strong work ethic towards the job they felt it was a privilege to have. This generation has an understanding of the value of money and the importance of saving a penny. They were considered the wealthiest generation.

Baby boomers were born between 1949 and 1960 in a period of population growth after World War II. Often associated with economic prosperity, consumerism and self-indulgence, baby boomers are on the cusp of retirement. This will have far-reaching economic consequences, as they make up such a large percentage of the population.

Generation X members were born between 1960 and 1980. Gen Xers were often referred to as the ‘slacker’ or ‘why me?’ generation and accused of being uncommitted and unfocused. The first generation for which divorce was a feasible and simple option, Gen X was also known for job skipping and career changes, unlike the ‘job for life’ generations that came before them.

The mulch-maligned Generation Y covers the years between 1980 and 1998. The first globally alert generation, they have grown up with increasing access to fast-changing technology. Labelled as having a ‘what's in it for me?’ attitude, Gen Y is often seen as entitled and demanding by generations before them.

Generation Z members (or post-millennials) were born between 1998 and 2016 and are the first generation to be brought up with technology virtually from birth. They are socially, politically and environmentally aware, hold corporations to account over their actions and are not afraid to judge via social media. As a generation, they are advocates for equality across gender and race.

Generation Alpha is the new kid on the block. Born after 2010 (and through to 2024), the top end of this generation is only just approaching school age. Not a lot is known as yet about future social traits, but demographers have already identified this group as being more diverse, with a longer projected lifespan and likely to avoid traditional career structures in favour of flexible work/life balance.

We all know someone who is living (or who has lived) in each of these generational groups. Irrespective of what our general views are, all generations have more in common than we realise. Today’s consumer landscape includes a diverse range of buyers, each with its own set of beliefs, values and spending habits. Notwithstanding, it is important to cater to specific personalities when it comes to selling and marketing, as not all consumers from each generation will respond the same way.

As each generation’s preferences on product, service or brand interaction come into focus, it’s essential for industry, retailers and marketers to re-evaluate the ‘one-size-fits-all’ approach and develop new strategies for engaging each generation.

Discovering how each generation thinks, behaves and makes purchases can assist in finding new opportunities to engage with potential customers, while still ensuring businesses continue to evolve with the changing landscape.