Five to 35 in five: How Maytronics Australia was born 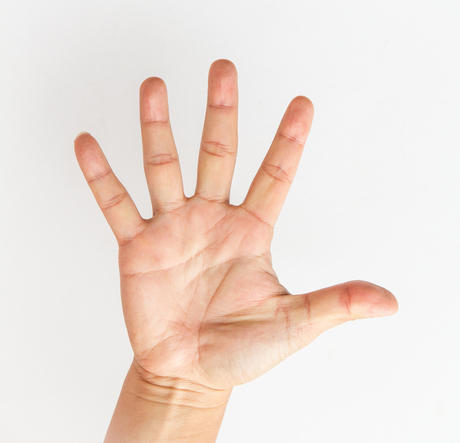 Starting a business from scratch is no mean feat, but growing a business from five to 35 employees in just five years is an amazing accomplishment. Chris Papa explains how he and Maytronics Australia co-founder Dan Kwaczynski did just that.

It all started with a simple conversation with Dan, my now business partner, on a Saturday afternoon. I had just returned from Bali after a long vacation after leaving my previous employer.

Dan said, “I have an idea.” Amazingly enough, I turned to him and said, “Let me guess — the Dolphin?” The rest, as they say, is history.

After much discussion and negotiation with Maytronics, the banks, the mortgage lenders, my parents, my in-laws and anyone else who was crazy enough to lend us money for this venture, Maytronics Australia was born.

It certainly is nerve-wracking putting all your worldly possessions on the line for an unknown. “Are you crazy?” was a comment we heard more than once from those in the industry. “How can you have a national company just for pool robots?” was another.

We’d never spoken about it until that moment, but we both knew the product’s potential because we had been distributing it through Poolrite. We thought it was a business that could stand on its own in Australia. I knew that it could work if we pushed it through sales and marketing, but that it would take a considerable effort to do so.

At the time, other companies were selling the product but at a very high retail price — something that the market would not bear. Further to this, there was no marketing: Australian consumers just didn’t know about robotic pool cleaners when we started out.

It began with five:

Six days after we began, the Queensland floods hit. It was a disaster. We pretty much lost everything in Brisbane and, unfortunately, we had no insurance. No-one would cover us.

I cried. And I cried again. I thought, “It can’t be this hard.” We seriously contemplated chucking it all in.

After many days of being upset, sulking and carrying on, we got back on track. I’ll never forget how the small team and their family members rolled up their sleeves and got stuck in, literally cleaning the mud from our newborn business.

The support from the staff and customers alike was amazing. When we told our customers that we’d have to supply them with damaged cartons or that there would be delays in product delivery, they just said, “That’s okay; people will understand.”

The way the team bonded together after such a disaster was amazing. It turned a negative into a positive and gave us the energy to move on.

From the ground up

To start from nothing is an experience. So many highs and lows. So much to do. So much to learn — from designing an invoice form to creating a customer database. We made a lot of mistakes along the way, let me tell you. It wasn’t all beer and skittles.

We made some poor employment decisions with people we didn’t trust to begin with. Next time, I’d listen to my gut a little bit more. If I could go back in time, I would change that. Trusting an employee is so important. But I learnt a good lesson from that: often your gut is the right way to go. Particularly when you run a lean operation, when you’ve got branches all over Australia and they’re remote branches, you really need to be able to trust those people. It’s paramount!

Thankfully, our many relationships and the drive of all involved helped us get to where we are today.

The key factors to our success? Wonderful staff. Wonderful product. Very good service. Driven individuals who want to succeed. A genuine belief in the products being offered — and that’s a genuine belief. We genuinely believe it’s the best.

Our go-to-market strategy has been different. We came with some fresh ideas. Establishing a dealer network was a very fresh idea. And I drew on my past experiences to make the business that little bit better.

Consumers were very much unaware of robotic pool cleaners in Australia at the time we started the business. We took a really big risk in terms of TV advertising. That was massive in terms of the spend. I don’t know that the pool industry has seen TV advertising like that since probably Kreepy Krauly in the 1980s — unless you’re talking about the really big, established franchises. It was very much a big gamble for us, particularly in the first year, but it paid off.

The other unique thing about us is absolute focus. We live and breathe robotic pool cleaners and we are not distracted by other products. We have pretty much become the ‘specialist’ in this category and we’ve spent a lot of time training and educating the industry on the benefits of robots versus our competitors’ products, which has really paid off and led to the shift to robotics.

From five people at the company’s inception now up to 35 people, all in five years. Maytronics now covers the entire south-east of the globe, from Asia to Australia to Africa.

Is it for the faint-hearted? No. Is it an easy road? Hell no! Would we do it again? Ummmm… yes, but having learnt many lessons.

My advice for someone starting? Get moving; get into it; push hard. It doesn’t come easily, but you can make it happen if you believe in your vision. Enjoy the ups and downs — they are the story, not the end point.