Employee or independent contractor — do you know the difference? 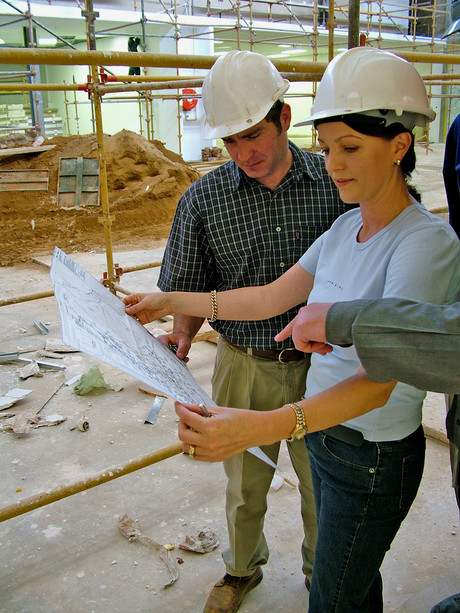 Limit your risk as a franchisor, franchisee or small business owner when it comes to classifying your workers correctly. Read on for tips from Sophie McDonald of HR Central on how to tell the difference between employees and independent contractors.

It is essential to classify your workers appropriately as either an employee or contractor, as incorrect classification can result in legal and financial consequences, including denying a worker their benefits, as well as potential breaches of workplace, taxation, superannuation and workers compensation law.

It is more important now than ever since the recent passing of the government’s new laws under the Fair Work Amendment (Protecting Vulnerable Workers) Bill 2017. This amendment holds franchisors liable for workplace violations by franchisees.

When looking at the practices performed, we would consider a number of indicators to determine whether, in total, the relationship seems to be a contract for services (independent contractor) or a contract of service (employee).

How to classify the relationship

An employee is an individual engaged on a permanent, fixed-term or casual basis who performs a specific role on an ongoing basis. The practicalities of employment are covered by the employer, including payment of superannuation, payroll tax, personal leave and annual leave.

An independent contractor or contractor is generally a self-employed individual/firm who undertakes a contract with a business to provide services or labour at an agreed price and within a predetermined time frame. Most contractors are engaged on a project basis or engaged to complete a specific task. They don’t work for anyone exclusively, but rather work for themselves. Fundamentally different from employees, genuine independent contractors are typically regulated by commercial rather than employment laws.

To determine whether a contract for services (contractor) or a contract of service exists, we would then go through a multifactor test. We ask the following questions to assist in the process:

The following indicators must be considered in totality to determine whether the relationship appears overall to be one of employment or contracting. The types of indicators we look at include but are not limited to:

Classification can be grey as every business is different. However, if it can be determined that the individual is more likely an employee than a contractor (or vice versa) in total, then there are substantial risks associated with getting the classification wrong.

What are the risks of getting it wrong?

Misclassification can lead to a contravention of the Fair Work Act (2009), including the National Employment Standards, minimum wage orders and terms of a modern award or enterprise agreement, among other employer obligations (eg, providing employee records and pay slips). Because of a contravention, employers may be exposed to back payments and superannuation payments with consequent tax implications.

Employees who are misclassified as contractors can be denied important employee entitlements. This includes access to leave, minimum rates of pay and superannuation, protection from unfair dismissal laws and the benefits of ongoing job security. This can potentially contribute to relationship breakdowns within the business and losing top talent.

The risk of workers being considered employees increases when those workers perform tasks that involve the application of relatively unskilled labour over a period of time. Contractors engaged in service roles where individuals are performing regular maintenance are at risk of having the relationship blur into one of an employee. For example, a cleaner performing simple work for a single principle contractor, who wears their uniform, operates their equipment and accepts little or no commercial risk, cannot be defined as anything other than an employee.

Sham contracting is when an employer attempts to disguise an employment relationship as an independent contractor agreement. This is usually in an effort to avoid the responsibility of employee benefits or because both parties agree that they want the relationship to be a certain way.

It is very important to correctly classify workers as either an employee or contractor. If it is determined that your staff member is a contractor but they are operating for all intents and purposes like an employee, you could be liable under the Fair Work Act (2009).

Fair Work inspectors can seek the imposition of penalties for contraventions of sham contracting arrangements and reform opt-in provisions. The courts may impose a maximum penalty of $33,000 per contravention for a body corporate or $6600 for an individual.

This means that in certain circumstances, a franchisor may be held accountable for an individual franchisee who engages in sham contracting arrangements or other workplace breaches.

How to reduce your risk

Franchisees or any business that engage contractors, particularly for lengthy periods of time, should periodically review the nature of the relationship, utilising the indicators previously discussed to assess whether the arrangements have become more like that of an employee.

With more Australians now owning a smartphone than a laptop or computer, the way we're...