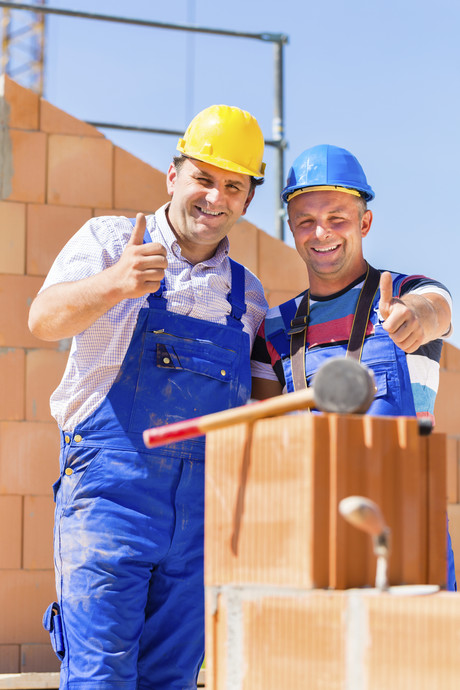 Running a business would be so easy if you didn’t have to deal with people, right? And not just clients — employees too. Why is it so hard to find good people and keep them? Do training requirements make things even harder?

As a follow-up to our Industry Roundtable on training, we spoke with three industry professionals to get their take on finding and keeping good staff.

Struggles with training and finding quality staff aren’t unique to the pool industry. LATICRETE’s Fred Gray, who works with a range of industries, says businesses across the board are having trouble attracting and retaining good staff.

Not only that, but Gray says he’s also seeing a decrease in formal training offerings, making it more difficult for current and prospective members of the industry to upskill.

“The overarching problem is… that the governments of the day in the various states are backing away from training. They’re changing the relevance and focus of TAFE colleges; they’re reducing funding; they’re trying to make them more business opportunities than straight-out training facilities,” he said.

“There’s a multitude of evolutions and changing that’s going on in TAFE colleges, which were originally the source of a lot of our tradespeople and the source of some excellent learning. So what’s happening now is as they’re pulling away, they’re relying on industry to do more of the training.”

Gray told the story of an industry associate — the head of school at a Sydney TAFE college. He put together an expo day for jobseekers considering entering the industry, complete with companies looking to recruit apprentices — and had only one person show up.

“So that in itself says a lot. And that says, well why did they only attract one person to a trade that’s a good honest trade, where somebody could make a really decent living? So what else is going on, is my question. I think everybody’s having trouble attracting people,” he said.

While our Industry Roundtable agreed that in an ideal world, training for anyone involved in the sale, storage or use of pool chemicals would be mandatory, imposing a rule like this could make it even harder again for the industry to attract people, Swimart National Franchise Manager Chris Fitzmaurice said.

“In this day and age you need a piece of paper to do everything,” said Fitzmaurice. “I don’t necessarily believe that’s a good thing.

“I am mindful of the fact that attracting good people to work in this industry is difficult universally, and if you make it harder for people to get involved in the business or the industry, then it’s just going to make it more difficult in the future.

“If you did have mandatory qualifications, that would make hiring casual staff — particularly at peak times when you need someone just for, say, the summer period or weekends — it would make it very difficult,” said Fitzmaurice.

“From a retailer’s point of view, I know that there is a huge demand for people within the retail and service sector of the industry, and many businesses are unable to fulfil their potential because they lack people. Now, some might say they lack people because there’s no qualifications. From firsthand experience, I’m not necessarily agreeing with that.

“It’s easy to say that in an ideal world, the best practice is that we would [have everyone qualified]. But if you can’t find people who want to work in the industry, then insisting that those who do are either pre-qualified or attain qualifications before they can do the basic tasks involved in the business is unrealistic.”

Fitzmaurice says many businesses are having to turn away customers because they don’t have the staff to do the work. While it’s all very well and good to suggest mandatory training across the industry, if there’s no-one to fill the roles, it’s something of a moot point.

The flip side to the lack of mandatory qualifications is that there’s no system in place to ensure that everyone who sells or handles pool chemicals has adequate training to do so safely.

Lee Salisbury of Sapphire Wetwork recounted a recent visit to a large hardware store where she was horrified to see a 15-litre drum of liquid chlorine laying on its side on the floor, with a 10 kg bucket of calcium hypochlorite sitting right next to it.

“So that’s a Class 8 and a Class 5.1 right beside each other. And it had a trichlor above it. So you’ve got three different forms of chlorine within a 50 cm radius. I just couldn’t believe it. That’s a huge potential problem right there,” she said.

While training staff in dangerous goods handling might be best practice, is it common practice? Particularly in large hardware or retail stores that sell a multitude of products plus some pool chemicals, for instance, how do we know that all the staff are trained to educate consumers on how to store and handle these products?

“I think our industry in general is undervalued as far as our responsibilities go. Because we do have a very big responsibility. We’re dealing with people’s health and safety, whether it be with their pool fences or their water chemistry, or with their handling of dangerous goods, we’re dealing with their health and safety and I think it’s important that all staff are aware of that and I really think it should be an important part of any new staff member’s induction,” Salisbury said.

How can we attract quality people?

“I would actually really like to see a traineeship available in the pool and spa industry in service or retail, because I think that will help bring younger people into the industry. It will help it be recognised as a trade,” said Salisbury.

“We all, in our industry, have trouble attracting long-term staff, and I think that’s because it’s not a trade that’s earnt its stripes, so to speak. While it’s great that we’ve got the Cert III and Cert IV now, if we were able to actually get a traineeship, specifically for pool and spa retail and service, then it would certainly help.”

“One of the things I think we need to do is create awareness of the pool industry as a viable and enjoyable career path for people. To me, that’s a big, pressing need — to attract more people to the industry as employees. And I think training, obviously, plays a big role in that,” said Fitzmaurice.

“When it comes to the Cert III and IV qualifications, the national qualifications that are now in place, I think as an industry we need to be promoting that more.

“We also need to be promoting that amongst people within the industry, because there are still people who don’t have or aren’t aspiring to those qualifications. Some have licences through previous arrangements, and they’re qualified and they don’t see the need, but I think that opportunities to provide a career path for employees by sponsoring them through those courses is something that I’d like to see more business owners do in that area.”

Looking outside the box

Interestingly, both Salisbury and Gray said they’re not averse to hiring from outside the industry. In Salisbury’s case, she believes that sometimes previous experience can be a bad thing, and hiring someone green gives her the opportunity to train them up to the standard she expects, rather than inheriting someone’s inadequate training.

“I have to say, as somebody employing staff, more often than not, I’d rather have someone that’s green to the industry, because I know I can actually train them to deliver service our way. Consistency in the delivery of knowledge and services to our customers is very important. Someone with prior experience maybe more inclined to do things their way instead of our way, and may bring bad habits with them,” she said.

Employing someone who’s done the job before means that they can come with preconceived ideas of how it should be done — and they may even have been trained incorrectly, creating a headache for the business owner.

While not every prospective employee who comes with experience is so set in their ways that they won’t consider different approaches or new information, it’s the willingness to accept that they don’t know everything that makes a candidate desirable to most employers.

“I think in this industry in particular, if you stop learning, if you think you know everything, it’s time to get out. It’s an industry that keeps evolving and growing, so you need to be open to learning. Every week, I’m learning something new — even after 18 years in the industry,” said Salisbury.

“Willingness to learn, a good work ethic — those sorts of things are either in a person or they’re not, and so I actually hire on those attributes more so than industry knowledge, because I know I can give them that.”

“We have great difficulty employing people; incredible difficulty. It’s not that we don’t want to employ people — we can’t find people,” said Gray.

“The last person I employed was straight out of school and he’s a smart guy and he comes without any, I guess, attitudes from bad workplaces. So for us, that’s probably the way to go, and train them from scratch.”

Predicting and slowing the progression of Parkinson's disease