A little knowledge is a dangerous thing 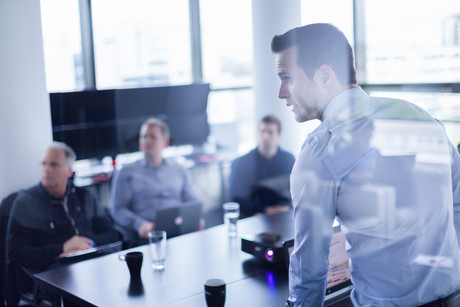 While the pool and spa industry isn’t exactly new, it’s still seen as ‘emerging’ — largely because of the historical lack of formalised education programs, recognised training and national licensing schemes. Maybe it’s time to change that.

What exactly makes an industry? Common practices and procedures? Universal business models? A code of ethics? Independent regulation? A collective customer base? Legislation and licensing?

It’s a tricky question, as there are no absolute delineations. The reality is that some, none and all of these things help define many business sectors.

Some markets — like the pool and spa industry — grow organically and can support many small family-owned businesses, which are often handed down through successive generations. As an industry matures, the players start to grow, some companies join forces through mergers and other consolidations, franchise networks materialise and large multinational manufacturers or distributors get in on the action. With growth and maturity comes a level of industry self-organisation, as general business methods and practices become normalised across the board.

But there are often players on the fringes, like sole traders who perform a specific service — armed with nothing more than a vehicle, an ABN, a phone and a supply of chemicals — who can effectively establish themselves as a bona fide industry member.

It’s that last one that’s the kicker. What other industry can you think of that affords untrained, unlicensed operators to carry out complex chemical calculations and the handling of highly volatile substances, all while working with hydraulics and water? Not many.

Of course, it’s not the case in all regions, as some Australian states and territories do govern licensing for pool and spa technicians, but that lack of national parity is also part of the problem. Even when there is a nationally recognised qualification system, the regulator responsible will vary from state to state.

Breaking down the barriers

For an industry to thrive, its members must work together towards common goals and to clearly understand the benefits that become accessible to all when the playing field is levelled through legislature, licensing or a formalised system of qualifications.

Barriers to entry are a double-edged sword. On the one hand, making it easy for anyone to enter the market means, well… literally anyone can join the fray. Conversely, the presence of complex or costly restrictions can make it difficult to set up a business and attract new staff.

Yet, when it comes to finding new people, a lack of industry controls and qualification requirements is equally problematic — if there’s no value placed on knowledge and no clear path of progression, what will draw new members to the fold?

What about succession planning? If you’ve got half an eye on retirement and are thinking of funding it from the sale of your business, what exactly are you selling if your team isn’t qualified?

No-one wants to see legislation and regulation just for the sake of it — this isn’t the finance sector after all — but there are some compelling arguments for encouraging an industry-wide shift towards a more qualified and knowledgeable workforce.

It’s easy in small business to adopt a ‘this is the way it’s always been done’ attitude — especially when there’s no externally driven need to change the status quo. Budgets are pretty finely tuned, so it can be hard to justify additional non-core expenses such as training, marketing or business process improvements.

Training is a bugbear for small business owners, as there is always the risk of spending valuable resources on education only to have staff members leave once trained up. Equally, many will argue that there’s no better schooling than good old learning on the job. Both viewpoints are completely reasonable, but err on the side of being inward-looking, rather than considering the industry as a whole.

The truth is, people leave jobs anyway, whether they’ve been given training or not. It’s just one of the realities of employing staff. You could also argue that providing education sends a positive signal — why would business owners incur that additional outlay if they didn’t value their employees? Providing quality training, skills improvement and a progression path actually makes you a far more appealing employer and increases the chances of quality people.

Half the argument also goes away if the whole industry takes part. At the risk of stating the bleeding obvious — if we train everyone, then everyone is trained. The upshot is a more skilled workforce, which can only serve to improve credibility in the eyes of both existing and potential customers.

Speaking of credibility, remember when positive word of mouth was the ultimate goal of a small business? Well today’s customer can reach a lot more people thanks to the internet, social media and a host of other platforms used to broadcast general opinions. Those sentiments can easily extend to include someone’s view of your business, based on their personal experience — be it positive or negative.

If you’re wondering how important it is to have good online reviews, consider this: in 2015, consumer behaviour specialist Nielsen conducted a survey of 30,000 consumers across the globe to determine the sphere of influence on the average consumer. The results were published as the Global Trust in Advertising report.

Two-thirds of participants (66%) nominated ‘consumer opinions posted online’ as a trusted source of information. In fact, it was the third most trusted form after ‘recommendation from a known person’ (89%) and ‘branded websites’ (70%).

Taking it a step further, the survey established the direct effect each influence had on buying behaviour — 69% of survey participants indicated they would ‘always’ or ‘sometimes’ act on the strength of those reviews. That’s a great outcome if the review is positive, but a bit less desirable in the case of a negative opinion.

Your potential customers are being directly influenced by complete strangers before they’ve even gotten out of the research phase, which means you no longer necessarily even get the opportunity to directly delight or disappoint. You are literally only as good as your last review.

These opinions are formed based on interaction with your team, so why not arm them with the skill set to deliver the best possible customer experience? It’s better for your staff, for your organisation and for the entire industry.

A little knowledge may be a dangerous thing, but a lot of it benefits everyone.