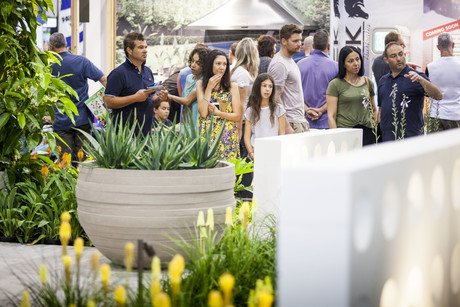 There was more for consumers, with the new Outdoor Living hub attracting plenty of attention. A specially designed show garden was the centrepiece of the event, giving consumers a tangible idea of what is possible in their backyard.

The show’s 92 exhibitors were pleased with the increased foot traffic and found that visitor quality was high, with many consumers looking to lock in projects in the coming months.

“The 2017 SPASA Pool & Spa Show was a raging success. I have never seen so many people attend a pool show,” said Waterco’s Brendan Nelissen.

“The 2017 expo was a huge success with increased foot traffic and great interest from visitors looking to plan their pool and landscape projects. The information seminars were well attended and there was a genuine thirst for knowledge from consumers. Most people I spoke to were finalising their plans and looking to commence projects in the coming months with a view to completing their backyard space in time for next summer,” said Cliff Cooke of Cooke Industries. 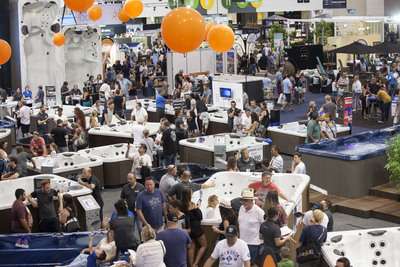 From back door to back fence

Attendee surveys from the event revealed that consumers are increasingly demanding a one-stop shop for their backyard renovations.

The latest trends in pool design focus on “bringing the outdoors in and taking the indoors out — opening up the living spaces to the pool and backyard”, said Brendan Watkins, CEO of SPASA Victoria. 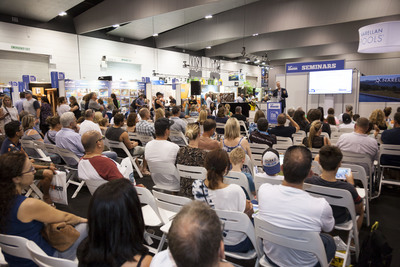 The show seminars were well attended, with many visitors planning to lock in projects in the coming months.

“The feedback from visitors was particularly encouraging, as they appreciated being able to receive advice on landscape design and outdoor furniture selection to complement their pool and spa aspirations,” said Carlile.

“This year’s Pool & Spa Expo was much busier than previous years. The quality was also much better; we have had much better and much quicker results than the previous five years,” said Ted Martin from Compass Pools Victoria.

“I thought it was amazing! The responses and amount of feedback we received was incredible. I would do it next year,” said exhibitor David Jarman of Coolabah Landscapes.

“This year’s show was more lively, especially the centre of the expo — the Show Garden — attracted a lot of people our way. The combination of Justine Carlile LANDSCAPEdesign and LV provided a complete solution for everything from full construction to landscaping to poolscaping and outdoor furniture. It was great to have them all involved. The expo staff were amazing. They were extremely professional and deserve a massive pat on the back.”

Spa Industries Global converted the buzz around its new Spa Select European-design spas into generous support for charity. Three Spa Select spas were auctioned with no reserve, with 100% of the proceeds being donated to the National Breast Cancer Foundation.

“Over $20,000 was raised and a cheque was presented to Lisa Mastoras, head of Community Fundraising for National Breast Cancer Foundation. It was a sensational result!” said Spa Industries Global’s Rob Kruber.

Not content to rest on their laurels, the SPASA Victoria team is now working towards its Winter Show, to be held on 12 and 13 August. This is the second biggest consumer pool and spa expo in the country — second only to the Summer Show.

Flying Fish winery back in the air

Age-related impairments could be reversed